Casablanca races to its final destination 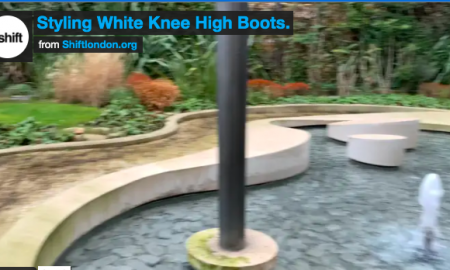 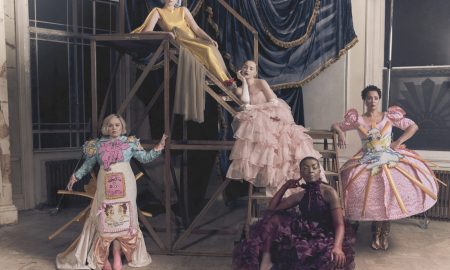 The designers creating Bridgerton couture with the BFC 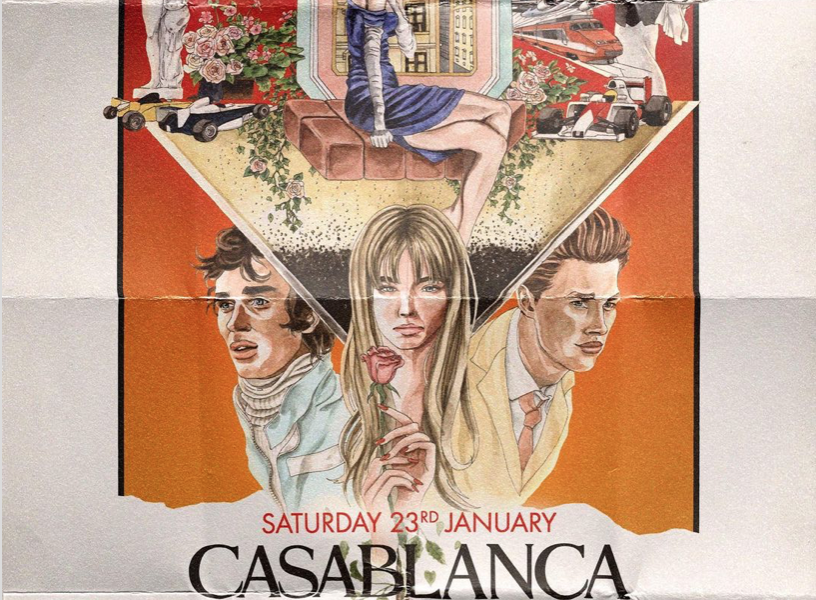 In an abundance of static, physically audience-less fashion shows, Casablanca embarked on a different track for its AW21 collection.  Marking the brand’s first co-ed collection, founder and creative director Charaf Tajer concocted a hedonistic film titled, ‘Casablanca Grand Prix.’  Given the trademark opulence of the brand, the film was shot in Paris and was a testament to the extravagant after-parties of Grand Prix’s heyday. 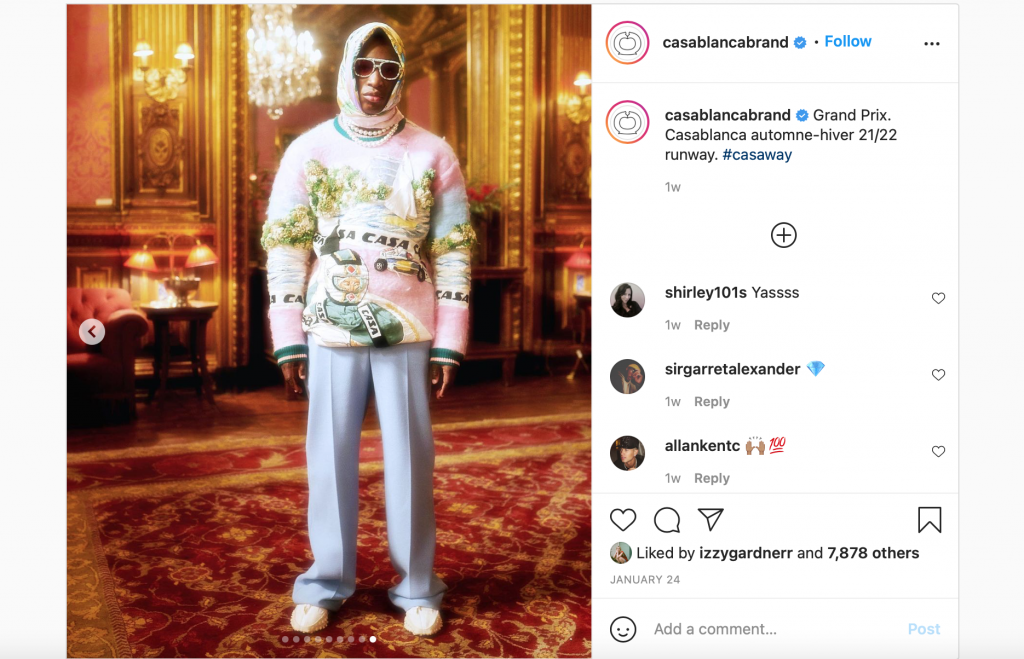 The true brilliance of ‘Casablanca Grand Prix’ lies in its dedication to its theme. Casablanca produced its own racing team for the narrative – which resulted in elevated tracksuits and caps as part of the uniform, clad with a graphic drawing of a rabbit – the team’s logo. A tribute was paid to the card tables of Monaco’s glamorous casinos and lustre with symbols of clubs and diamonds, embedded throughout the range of luxe eclectic styles. The club and diamond motifs emerged on silk shirts, bright faux fur coats, shaped the bodice of black-tie style dresses, and as a sleek cut-out on other dresses. One look saw the Marlboro logo and design imitated in a jacket, albeit with the text swapped for ‘Casablanca 100s’. An ironic take, yet still a devotion to the theme present, with its association to Marlboro’s historic 30-year sponsorship of Formula One until 2006.

Fashion design student Andrei Resmita claims that the complex detail within the collection is, “A pure assertion of Casablanca’s vision and that by creating a narrative replete with enriched design, an immersive world is created that consumers can buy into.”

Similarly, Casablanca’s model Yann Summers (who was in ‘Grand Prix’) believes the film is “One of the best ways to show your identity and even more when your brand offers a strong and different universe like Casablanca.”

Essentially, the detail of the garments combined with the short film format exacerbates the strong brand philosophy of glamour and celebration that Casablanca is creating.

Summers felt immersed in the Casablanca narrative, believing that this is, “What the Casablanca aesthetic is all about. It’s about celebrating and enjoying your life as much as you could in your dream.” Excessive opulence until the point you are questioning if you are dreaming?  Seems like that’s the Casa way and in these challenging times it doubles as a well-served form of escapism. 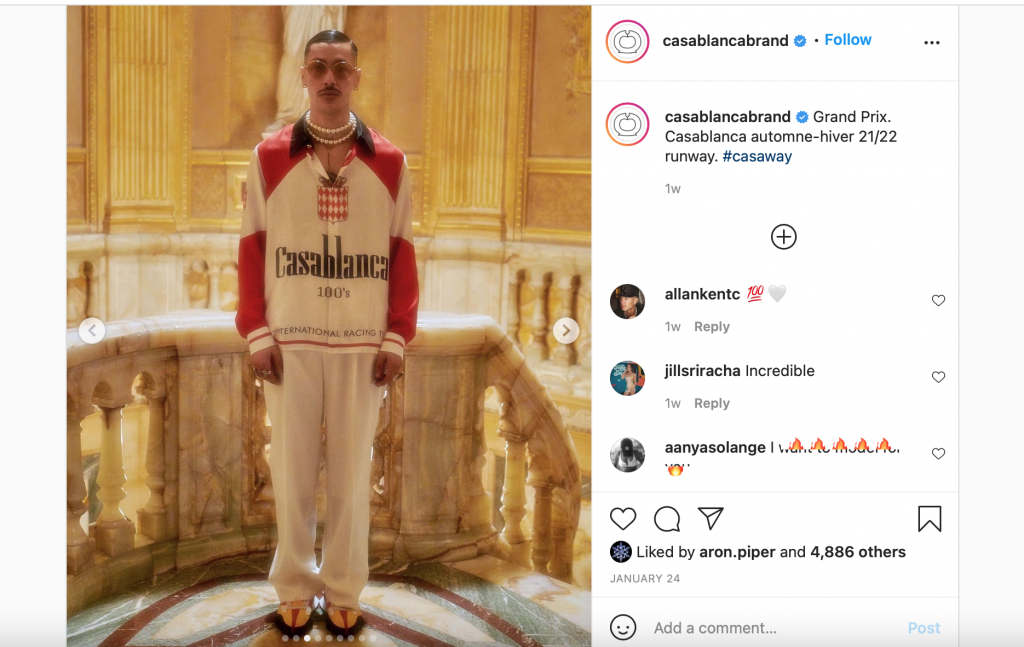 With Casa’s SS21 collection being Hawaiian-surfing themed and its AW20 collection being inspired by Lake Garda, travel is part of the brand’s DNA.  Situating each collection in different worlds and locations is a sign Casablanca is pinpointing their luxury brand as a global one.

Of course, this is similar to the way in which Chanel transports its audience to a different global location each season – its previous collections have metamorphosed into an airport, supermarkets and a beach.  Or how Louis Vuitton’s fashion shows have unfolded in Rio, Paris and at New York’s JFK.  Casablanca is on a course to establish itself as a brand to sit amongst the upper echelons of fashion; destination fashion elite.

With over 200 current global stockists and now the emergence of lush womenswear, Casablanca is now signalling that it’s competing in the race of luxury consumerism.  It is well on its way to winning.