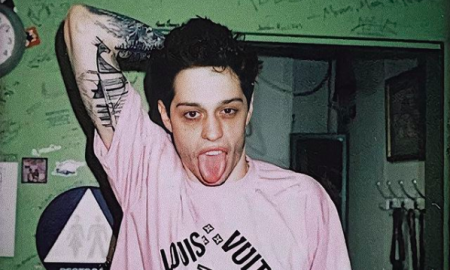 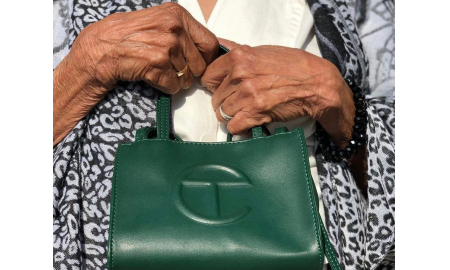 Is that a Telfeezy? Telfar bags stay sold-out 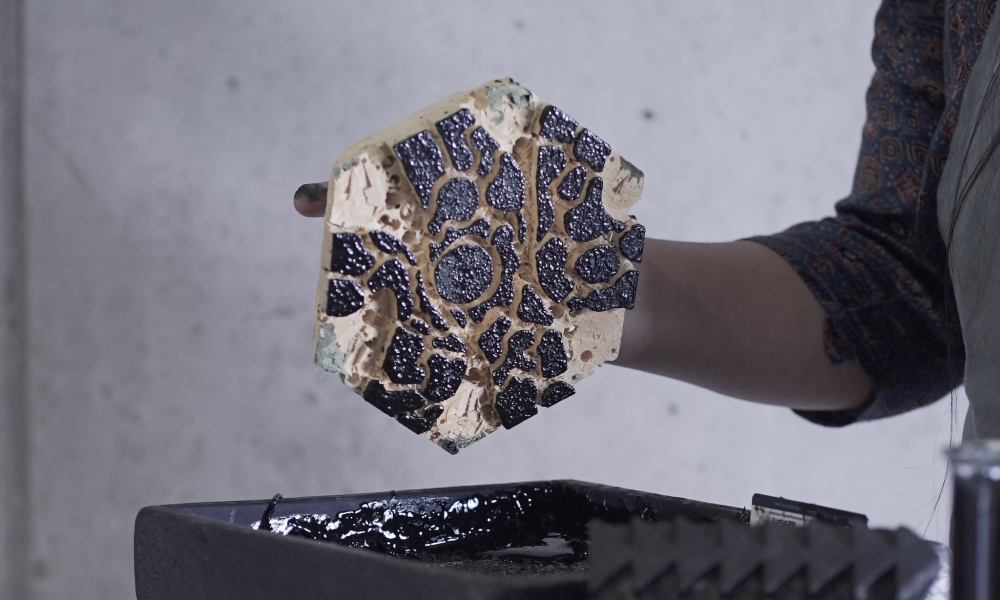 From moss, to mushrooms, to algae… fashion innovators are working with nature to develop new sustainable dye and material alternatives.

In its Future Innovations 2022 macro forecast, trend forecasting site WGSN reports: “Biodesign will give rise to a new value chain of materials and processes.” Nature will play an integral part both as both a contributor to, and beneficiary of, the fashion industry.

_shift caught up with several fashion innovators working with nature for nature.

SAGES – From Waste to Wardrobe 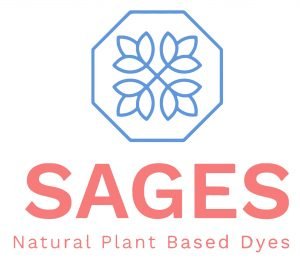 Sages is a social enterprise that focuses on creating natural and vegan fabric dyes from food waste. Alice Simpson is the co-founder and a Menswear Design Student at the London College of Fashion.

Simpson starts by explaining how synthetic dyes are a significant problem when it comes to pollution in garment production: “The runoff from dyes goes straight into rivers and streams and kills fish.” She explains that the chemicals used in synthetic dyes are toxic and carcinogenic. Synthetic dyes are often given preferential treatment over natural dyes as these wear off quicker. However, as most people do not wear their garments for years, this is not a significant disadvantage. 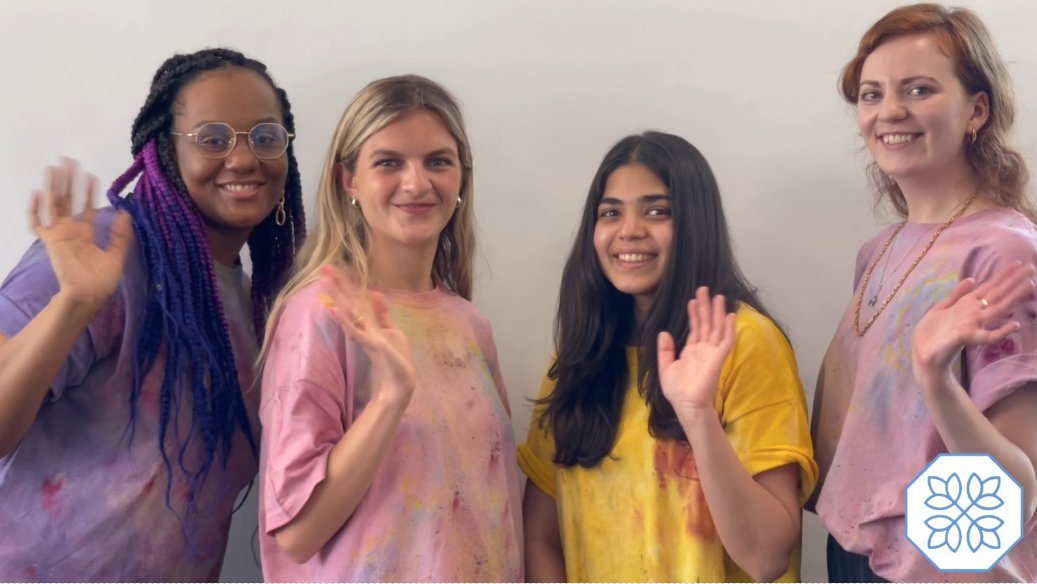 Sages was set up by LCF students Sandrine Schäfer, Gunika Kaur, Emily Taylor and Alice Simpson during the Collaborative Unit in the Master’s Program. Simpson says the research process was revealing: “I was surprised by the lack of commercially available natural dyes, it’s either you make them yourself, or you buy pigments that are very expensive.” The Sages team approached the University of Leeds with its idea and collaborated with the Kent-based company Dry-Tec.

A problem that the group faced was that natural dyes can only be stored for two weeks. Therefore, the team approached Dry-Tec and used spray dye to create a longer-lasting product. Sages has contacted Tesco and Sainsbury’s, as supermarkets generate vast amounts of food waste. Simpson shares that the feedback has been positive: “There’s a lot of excitement to try something new, especially within the start-ups that we’ve spoken to, they all want to get involved, and they want to see how it goes.” 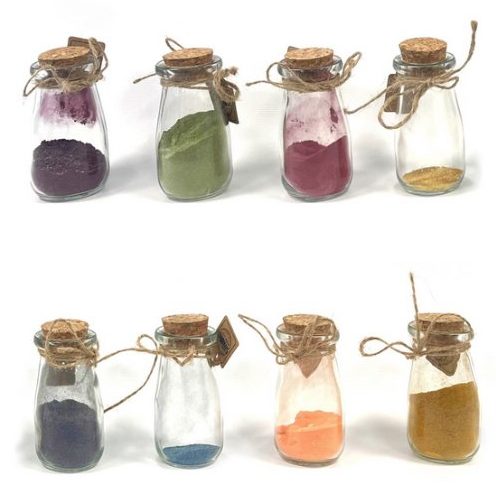 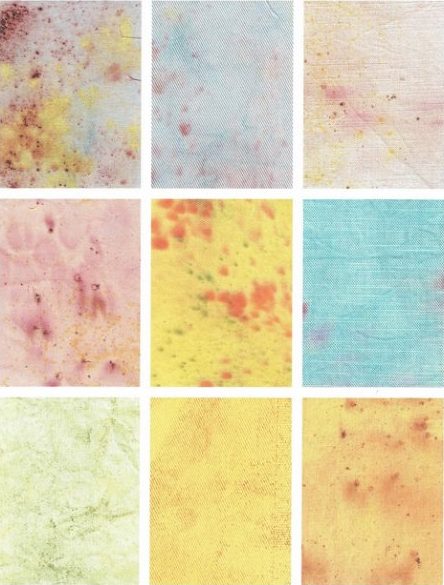 The co-founder continues: “It’s all good having a big designer label make a one-off collection that is done sustainably, but the issue at heart is fast fashion.” She also examines the consumer’s personal relationship with their garments: “How do we treat our fashion? It gets thrown away. There’s no focus on how we make it last longer. So, part of our message is that just because something’s old doesn’t mean it can’t be reused.” 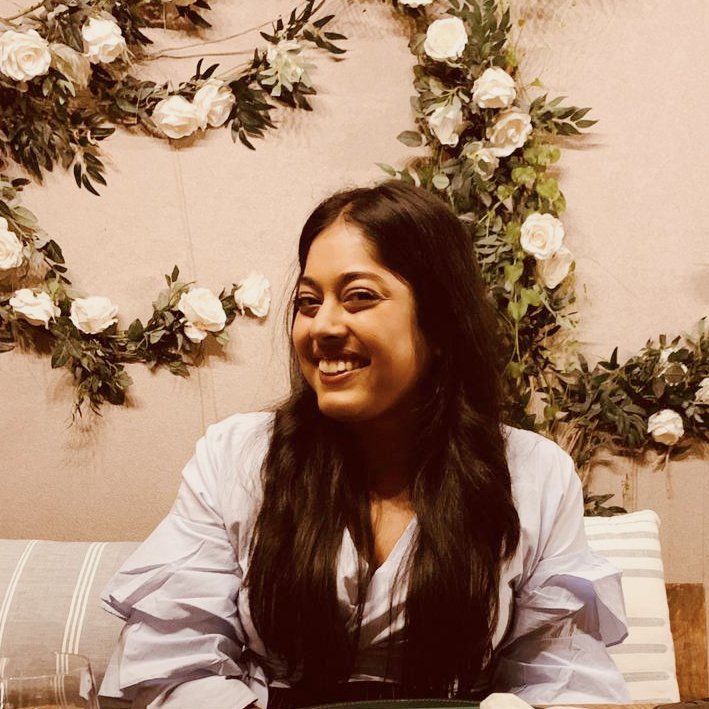 Aastha Poddar is a materials and textiles designer who studied MA Material Futures at Central St Martins. Inspired by her hometown of Jaipur in India, Poddar’s vision was to create a sustainable dye alternative to be used for traditional Indian block printing.

Poddar expands on her hometown inspiration for the project: “[Jaipur] is a very textile and craft rich city, and even my family has always been in the business of handicrafts.” Further, she developed an interest in sustainable fashion when starting her course: “I did my undergraduate in fashion design, which is what appealed to me the most. Then I realised that it’s the second most polluting industry in the world, and that didn’t fit well with me.”

The project, entitled Kaai, which is Hindi for algae, innovated algae into a sustainable dye alternative. Poddar used Spirulina to do this: “Spirulina in itself is found in the water in Jaipur. The assumption is that it could be collected from there, separated, harvested, and then they could use that to create dye and use block printing, which is a very well-established technique.” 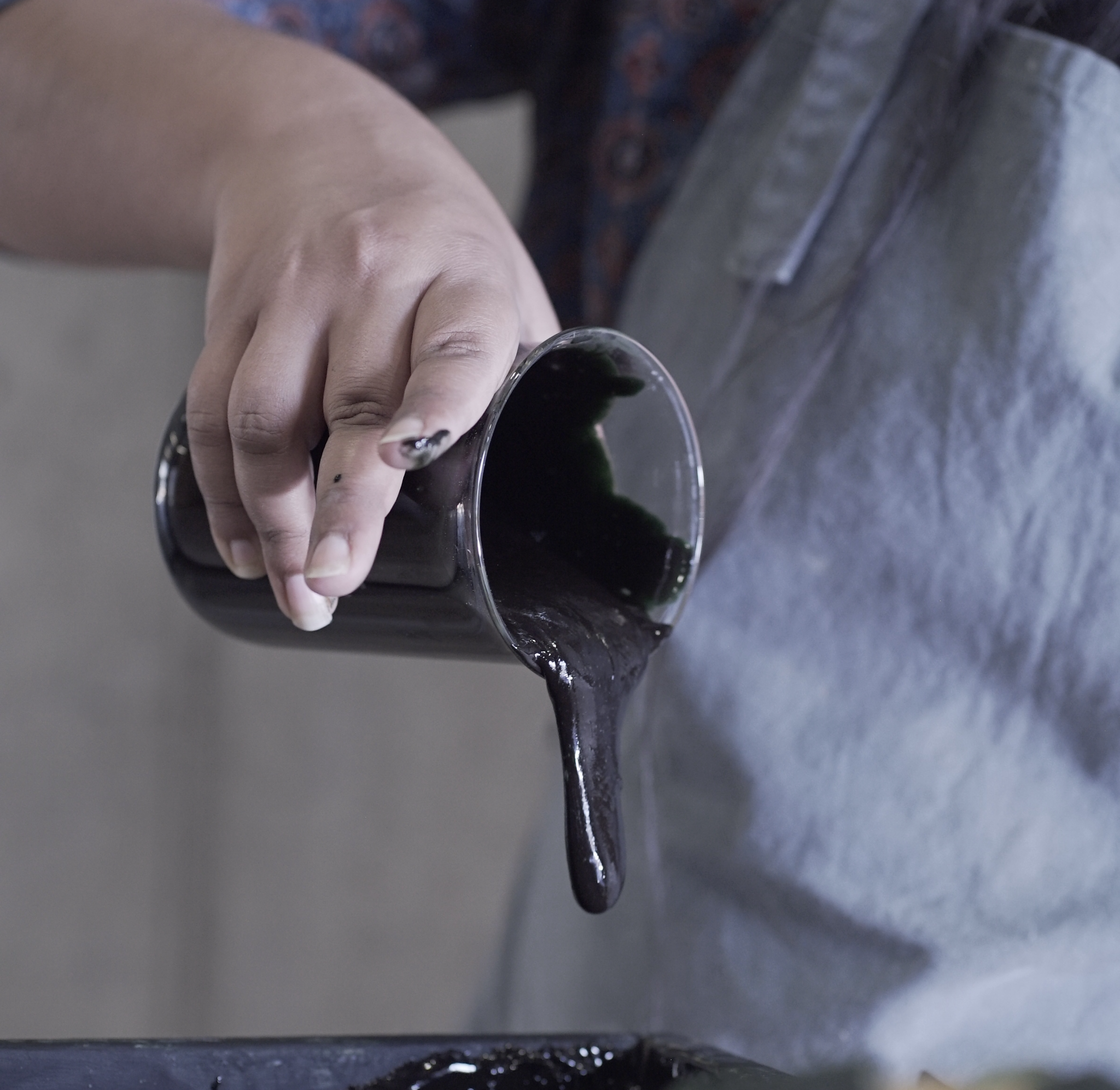 But what makes algae so special? “Algae is literally a superpower because it’s going to rejuvenate the land,” explains Poddar. “When you have the waste product of the algae dye, you don’t put it in water, because it doesn’t help. If you put waste algae or any compound waste in water, it increases the carbon level of the water, which doesn’t work. You have to be responsible to decompose that into potential land, and probably grow fibre on it.”

Further, Poddar expands on the regenerative potential of this algae: “You can grow hemp on it, because hemp would grow anywhere.” As a result, the soil is rejuvenated by the enhanced breathing cycle: “It would rejuvenate the air and it would also clean wastewater.” 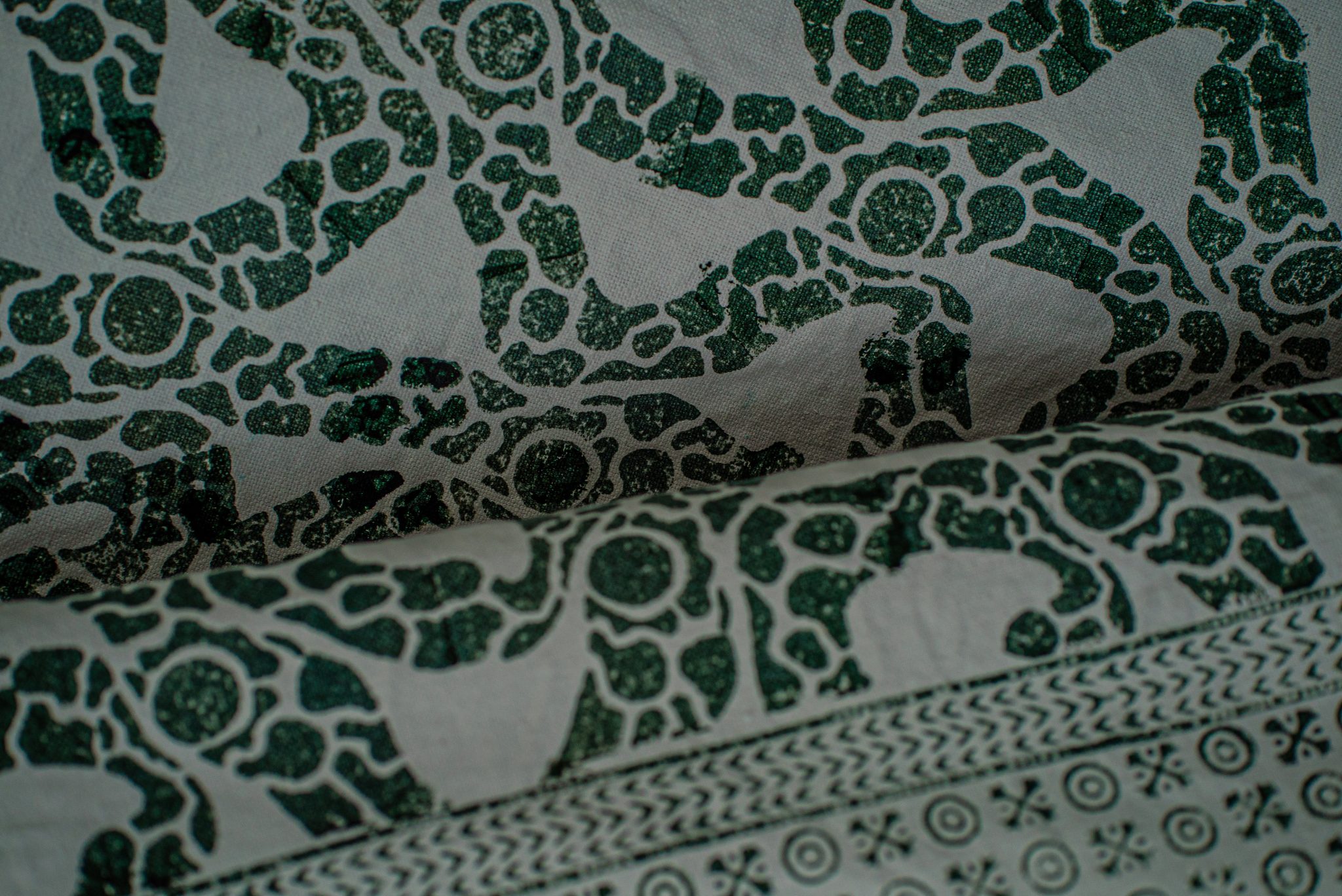 From this it is clear how Poddar’s algae innovation has the potential to transform the use of dyes in the fashion industry. Poddar introduces the idea of an anti-fashion approach to sustainability: “When Prada came into action, it was known for how anti-fashion it was, it did things differently from everyone else. So it’s always about change.” A radical change in perspective on sustainable alternatives can revolutionise the industry. 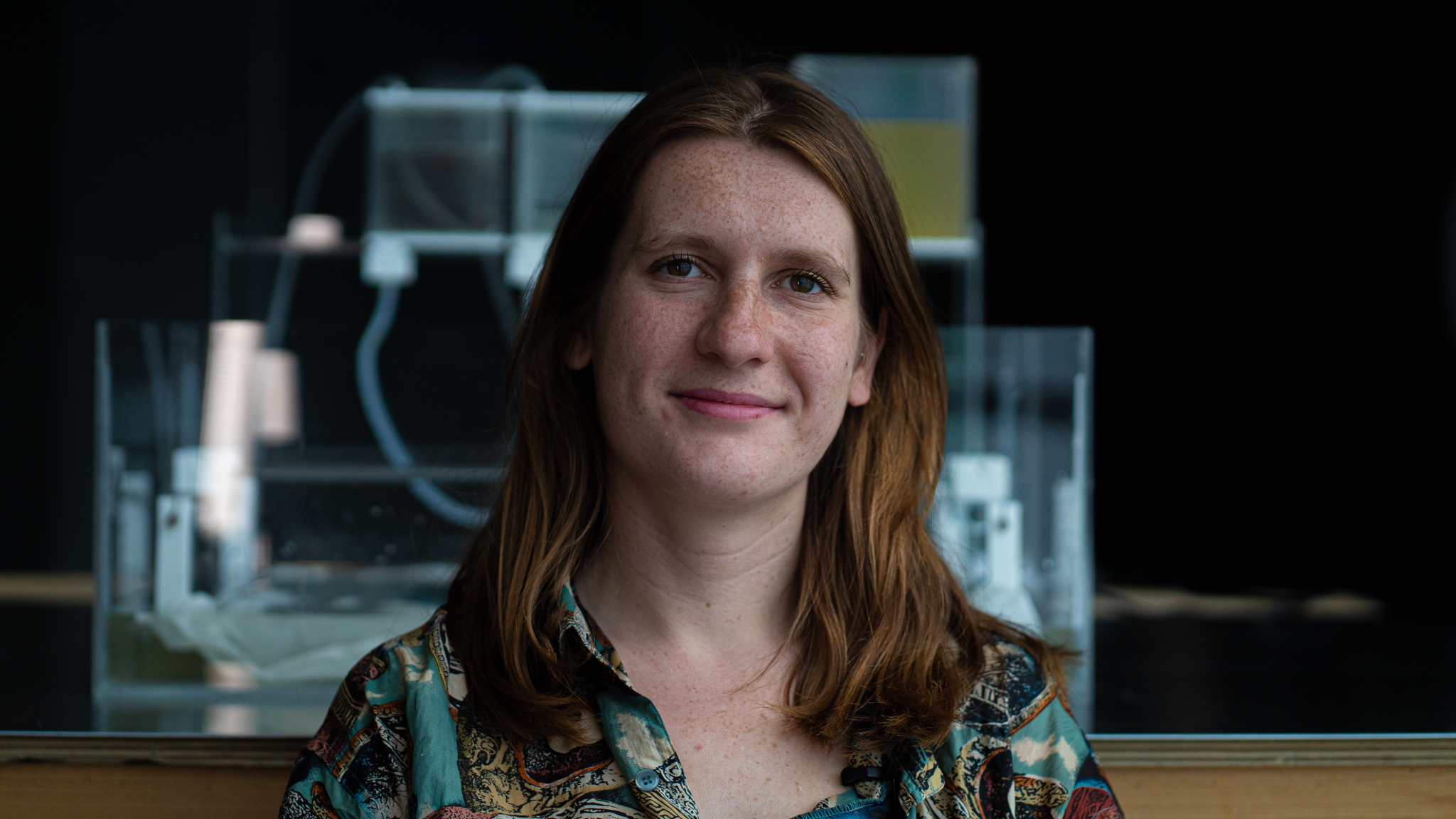 Liene Kazaka is a bio and textile designer who also studied MA Material Futures at Central St Martins. Kazaka wanted to create a sustainable blue dye alternative, which started with foraging for mushrooms.

“This project started with me actually finding the blue mushroom in a Latvian mushroom book and I thought it looked amazing,” says Kazaka. “It said [the blue mushroom] was commonly found, and then I actually tried to find it. That was just before I started my final year.” After Kazaka discovered the mushroom, she asked herself: “What can I do with it?” From this, the bio designer decided to research into creating a natural dye alternative. 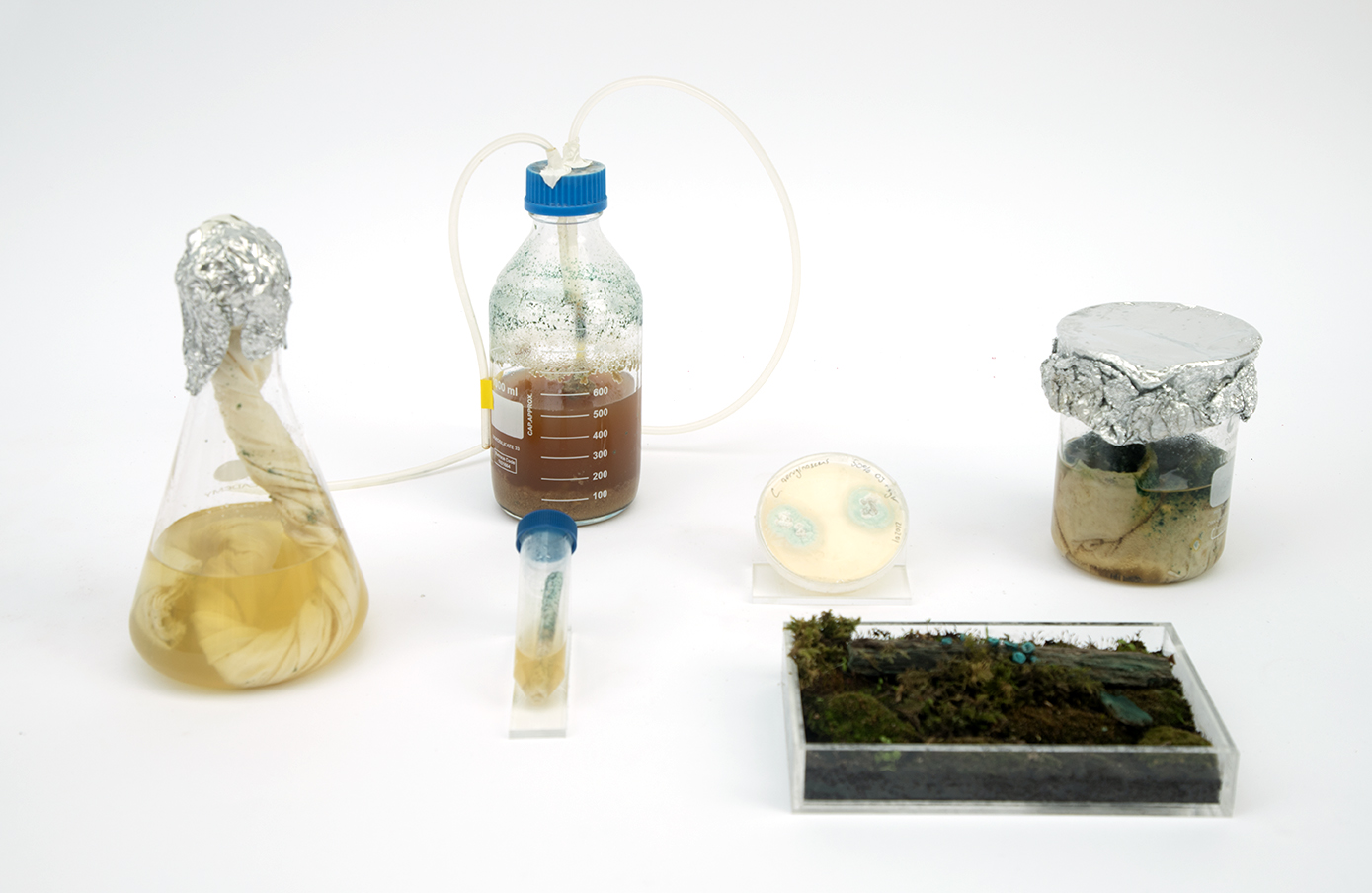 During the testing and trialling of the mushroom, Kazaka had a breakthrough: “When I got my first blue, that was amazing. That was the first moment when I actually got the pigment out of the organism.”

Kazaka says: “I made the blue mushroom actually grow on top of the fabric. It creates a network inside the fabric and carries pigment with it. It is alive, so it makes the pattern as it spreads over the fabric and then when it’s done, I do kill it. Then just the pattern and the colours are leftover.”

But what made Kazaka want to start experimenting with alternative fashion materials? “The reason why I did this was pure curiosity about what this mushroom can do, but also the goal was actually to develop a sustainable textile dye.” As Sages previously outlined, the lack of sustainable dyes is a big problem in the fashion industry. Kazaka emphasises: “There are not that many colour-fast alternatives to synthetic dyes. As we already know, synthetic dyes are harmful for the environment and cause water pollution.” 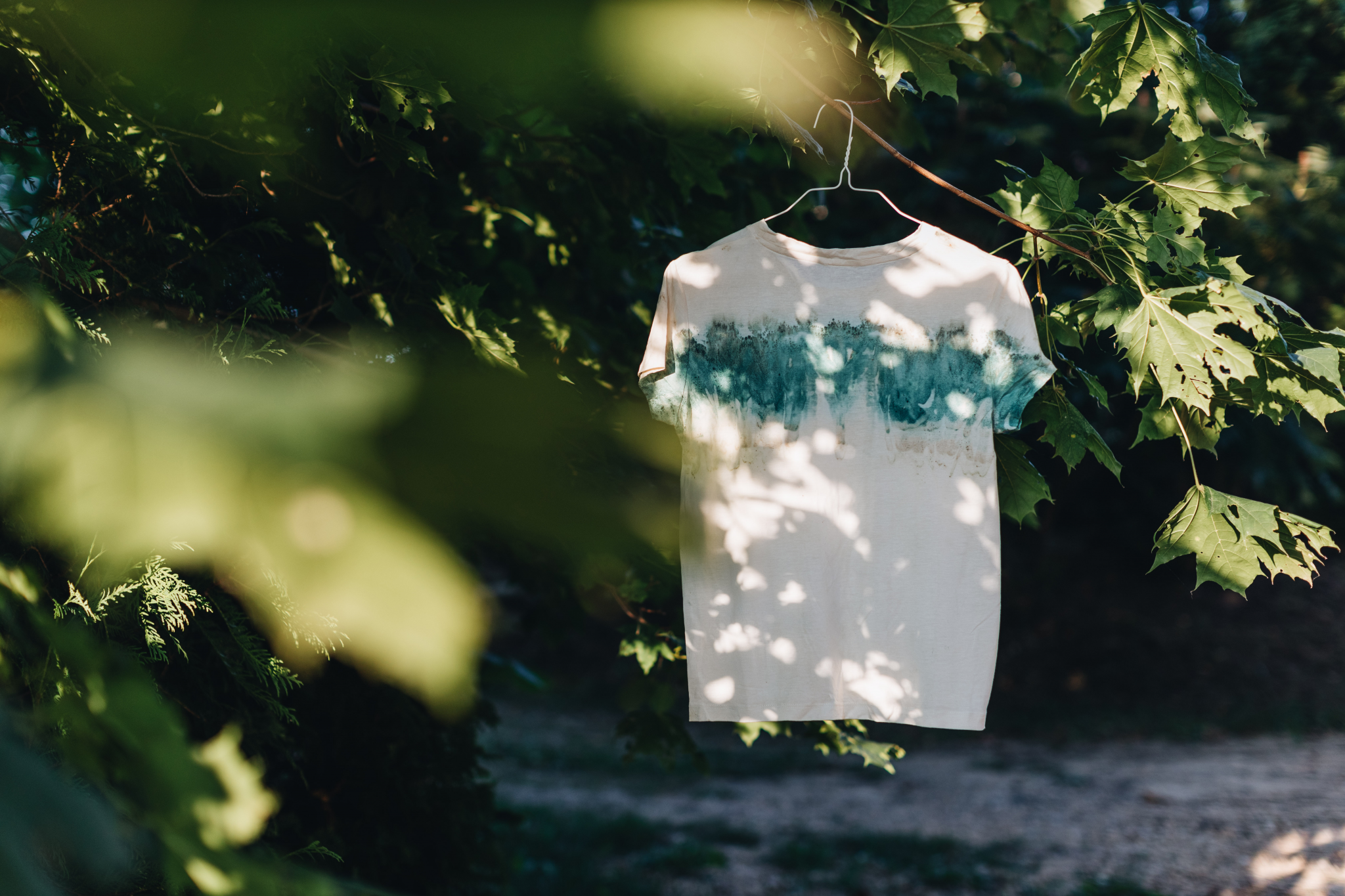 Working with nature can transform perspectives on fashion production: “When you start to work with living organisms, your perspective changes completely, because you become a gardener,”adds Kazaka.

For the future of sustainable fashion, Kazaka looks forward to this change in production with a focus on nurture: “I think another big change I am looking forward to is all designers becoming gardeners.” 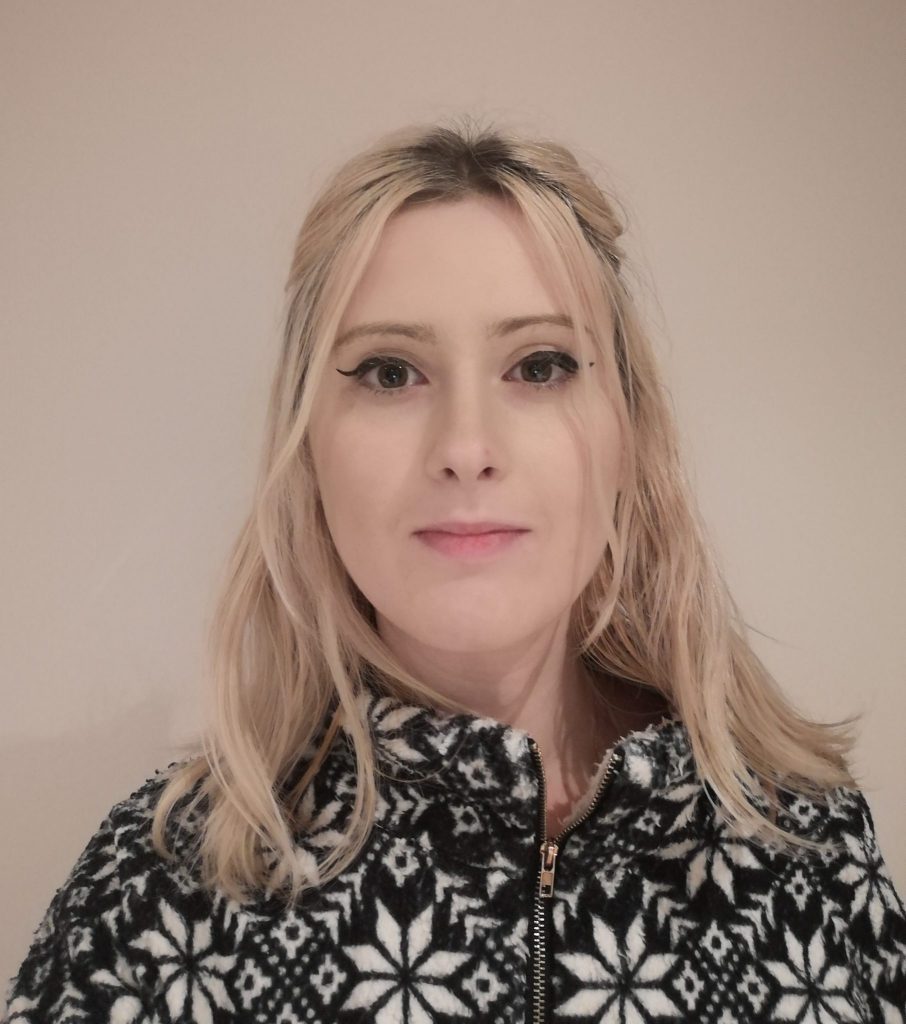 Tania Malacarne is a student at the London College of Fashion who studies MA Innovative Fashion Production. Her academic work focuses on sustainably improving production processes and applying biomimicry to design and materials.

Since starting at LCF, Malacarne has researched regenerative fashion: “I started to do a bit of research, and actually I understood that regenerative fashion is only applicable in terms of agriculture and not in the production process of a manufacturer.” From this, she then came up with the idea of developing a regenerative material. Malacarne describes moss as being “self-healing”, as it possesses the quality of staying dormant for several years without water. To continue the development process, she mixed moss with bioplastic to create a vegan leather-like material. However, Malacarne faced several issues during the process, as the amount of heat need to combine the moss and bioplastic needed to be researched. 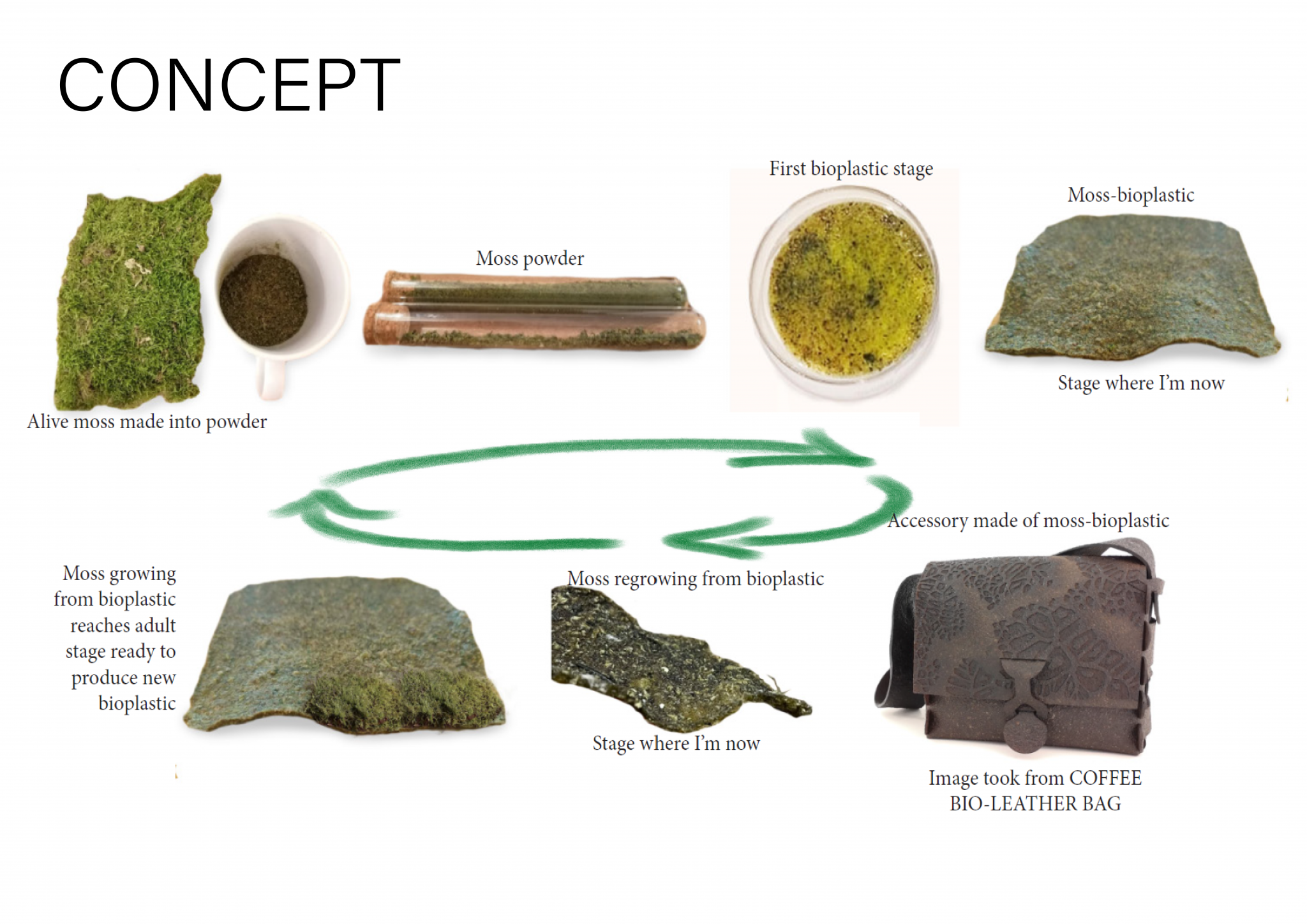 She is currently working on the final stage of her project: “Let’s say the bioplastic is made of agar. So once the moss powder surrounds the agar, it doesn’t allow any air or water to come through it. So the moss stays in this dormant state.” she explains that the agar is degraded if the material is buried in the soil. In the final step, the moss regrows as it interacts with the nutrients. The final product has a solid colour, but it is possible to dye it red, blue or violet. 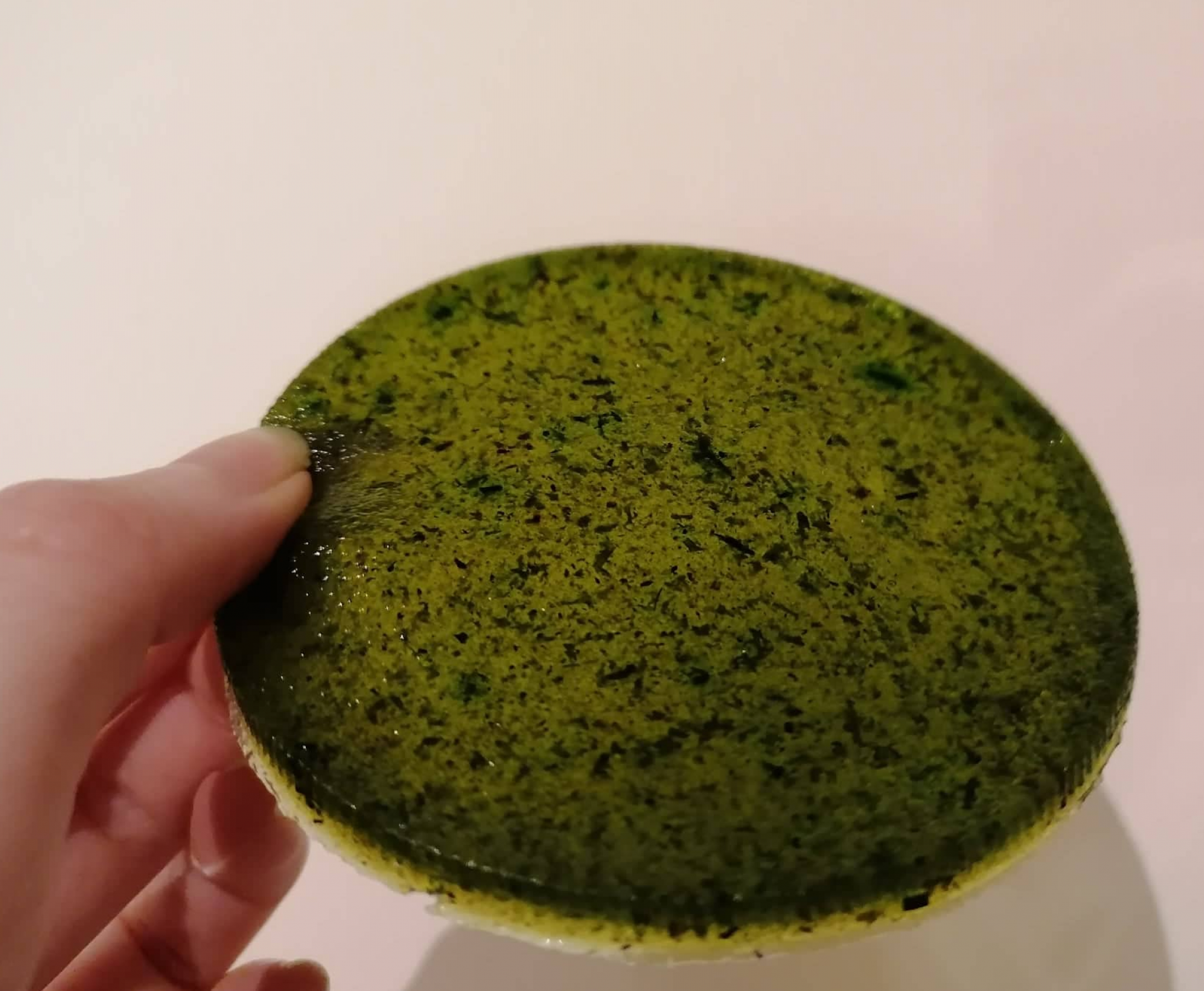 Malacarne expands on the problem of circularity in fashion. Usually, in the recycling stage, new virgin fibre is added to repurposed material to increase durability. She concludes: “It is interesting how you take the moss from nature only once, and after that, you are able to regrow the raw material. This is actual circularity.”

These conversations have highlighted that the fashion industry has the capacity to take a lead on sustainability and circularity. This is determined by a change in processes and perspectives.

While Simpson highlights the problems of fast-fashion and the possibility of reusing clothes, Poddar introduces the concept of an anti-fashion house, rooted in heritage and sustainability. Kazaka takes a philosophical approach to fashion innovation, exploring the concept of all designers becoming gardeners through nurturing resources. Malacarne brings together these concepts through discussing circularity. The circular fashion model considers factors from production, to end of life and beyond. This can be achieved through repurposing, recycling and regenerating. Closing the loop, these innovators have demonstrated how the fashion industry can be a force for change.