Blokecore: the football away days style 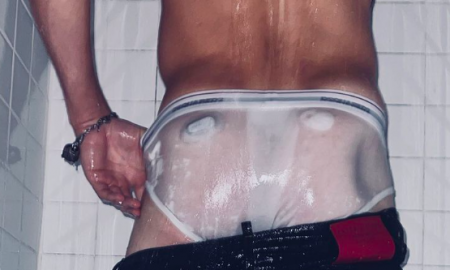 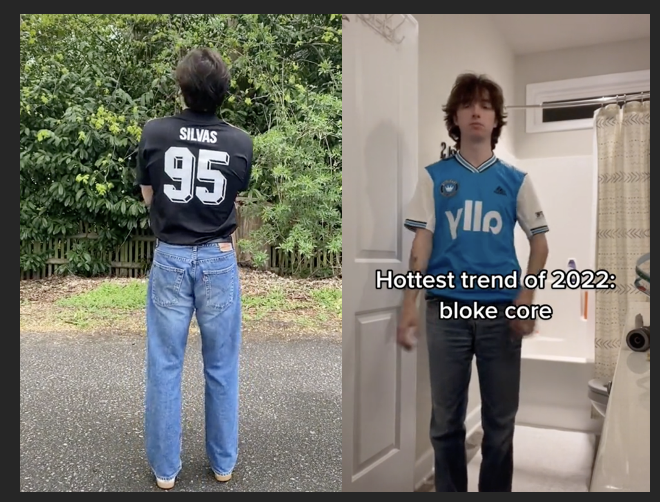 But will the jersey and jeans look last?

Perhaps we can blame TikTok, but bloke-core has gone viral. So does this nostalgic look have any real longevity or is it just another momentary micro trend?

It’s a weird idea, but somehow dressing like a 50-year-old man on a football away day has become something to be desired. Starting out as a joke in his bathroom in December 2021, TikToker Brandon Huntley was able to create one of the internet’s hottest fashion trends with the help of his 30,000 followers.

Blokes have been existing as long as football has, it’s a symbiotic relationship that will never end. However the fashion bloke is another story. It’s less about away days and more about followers with many latching onto this trend. The name was coined in a joke by one of Huntley’s friends, who commented on a post to say he looked like a bloke.

“It just stuck in my head,” says Huntley. “Then when I got another jersey for Christmas, that’s when I made the video. I just called it bloke-core. There wasn’t really any reason for it.”

Taking inspiration from the football stands of Liverpool and London, the trend isn’t just as simple as a shirt and shoes, it’s so much more. The exact styles and types matter immensely. Huntley says: “To get the look perfectly it’s got to be a UK club and preferably one in the Championship or lower, because that’s where the real geezers are going to watch that game getting drunk.”

Max Lepage Keefe, a British TikTok creator, who boasts 15,0oo followers exemplifies the trend. His go-to style is his “Chelsea shirt… Levi’s jeans and a pair of Novesta GATs.”

The obvious inspiration comes from the football casuals of the 1980s who after trips to watch their teams play football in Milan, Madrid and Munich returned home with top notch clobber. Sergio Tacchini and Adidas were the staples with the former being a favourite for track tops. Other Italian brands that made the jump across the channel were Stone Island and CP Company.

Something that both Huntley and Keefe point out is the accessibility, with it being a relatively cheap trend to buy into. A few minutes on eBay can reveal many a casual treasure, with Keefe stating that an outfit can be achieved for £50.

Sarah Wilson, of e-tail and content site Art of Football, says: “We have mainly seen growth on TikTok so we’re using the trend to expand our audience.” This is evident through the views on the site’s bloke-core related videos reaching a much higher number than the average. Wilson also says the shirts will catch onto the mainstream, similar to how band tees are treated now. Football shirts have been in the fashion zeitgeist for many years now with Stüssy recently releasing a collaboration with Nike and PSG for the opening of its Paris store.

Will the bloke last?

So, is this just another micro-trend that will be gone by the end of the month like so many before it. Or will the trend have some longevity? Keefe believes it’s got the legs to last because it is a massive sport with a global following. He says: “Whether it will be a trend that is regarded as cool the I don’t know but I know I’ll be wearing bloke core to every single Chelsea game.”

Huntley goes even further. He says he is now seeing non-fans picking up on the style: “They are acting like they do watch football and trying to make these aesthetic videos.”

By the end of summer this may be looked back on as a mistake by some, but there will always be those blokes that stick with it.