Challenging stereotypes, one verse at a time 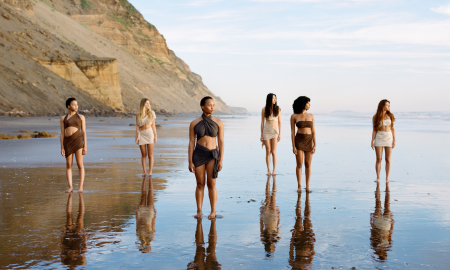 Discover a one-stop-shop for conscious fashion 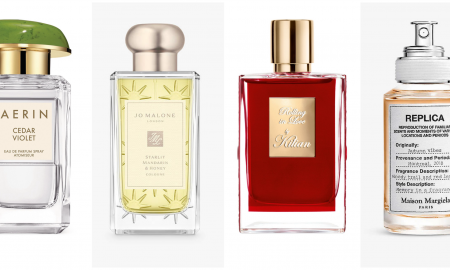 Four scents to cosy you up this holiday season 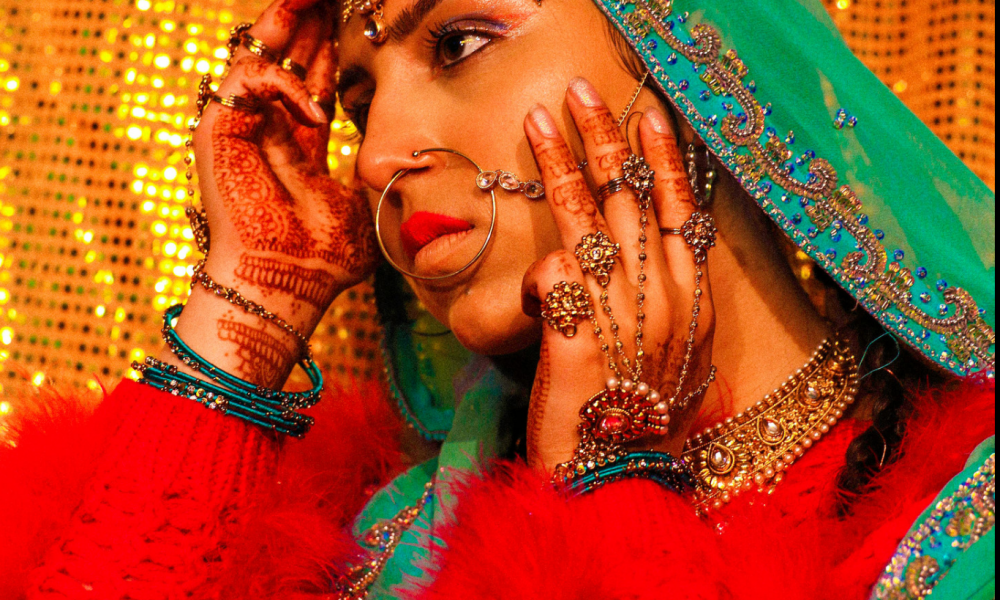 Meet Amani Saeed, a member of the Barbican Young Poets and poetry collective Yoniverse and described on her Instgram bio as a British-born, American-raised confused-as-hell Desi. She is also the author of Split, a book divided into two halves, which documents her thoughts on race, healing and self-love. Having been featured on the BBC, and in Huffington Post UK, Burnt Roti Magazine and Gal-Dem, this multifaceted poet is creating waves in the world of spoken word with her thought-provoking poems delivered in a dynamically powerful voice.

_shift speaks with her about her journey as a spoken word artist, witnessing the 9/11 attacks, being a queer Muslim woman in London and everything in between.

Dialling Amani on FaceTime on a dreary London evening, her smile brights up the day. After exchanging pleasantries, we ask how the pandemic has been for her. “Shit!” she exclaims before adding as an afterthought that it’s been a mixed bag. Like many creatives, she had become used to juggling a nine-to-five job with a raft of interviews and gigs, so lockdown became a much welcome break for her.

Born in London, Saeed moved to the States when she was eight-years-old and grew up in a suburb she describes as similar to Don Draper’s Upper East Side Manhattan pad in Mad Men. Despite being interested in writing since a young age, she found her start as a spoken word artist whilst studying at the University of Exeter.

She says: “In big cities, it’s stereotypically young people from underrepresented backgrounds talking about big issues, including gentrification, racism and sexism. Down there in the South West, it was a lovely community of old white men talking about fungal cream.” Laughing, she continues: “I once ended up going to the city slam and fell in love with the form. Just the method and connection of it drew me to spoken word. I started writing because I wanted to attend open mics and perform that way.”

As religion is one of the key elements of her writing, _shift asks about her experience as a 9/11 survivor and how that informed her work. There is an immediate shift in her voice: “My mom and I were in the towers maybe an hour or so before the planes hit. She had just finished dropping me off to school and was walking back towards the Trade Centre. Suddenly, all of the passengers were kicked off the train and were told that there had been an incident. She had to walk 70 blocks to get me. We ended up getting boat-lifted from New York to New Jersey. It was all really scary because I saw everything with my little five-year-old eyes.”

Recounting her experience with Islamophobia, she shares: “I was privileged to grow up with an immigrant-heavy community around me. When I moved to Exeter, that’s when I really understood racism. I was with my housemates watching TV and it was the year when Daesh had beheaded a bus driver. I felt all of my housemates’ heads swivel to look at me. I remember thinking: Why are you looking at me? What’s wrong with you?”

She continues: “I guess there is a double way of me being a 9/11 survivor and a Muslim in America. I was a victim of this and yet some still think I look like a terrorist. Are you fucking serious? It’s like I can’t win.”

While discussing what it means to be a queer Muslim woman in London, Saeed expresses gratitude at having found her community of other queer South Asians, describing it as a welcoming and enriching experience. Being aware of the intersection between homophobic Muslims and Islamophobic queers, she deepened her understanding of both identities in order to better embrace them. Although she has written numerous poems on her relationship with Islam, she hasn’t written about queerness yet. She says: “It’s weird. Maybe I’ve fallen into the trap of writing about things that hurt me. Because of this idea of a ‘tortured artist’ you know. But being queer hasn’t really hurt me. I’m lucky to not have experienced that. For me, it has never been about pain or suppression.”

But that is about to change with Queer Parivaar, a narrative film on an interfaith wedding, which will be Amani’s first time writing about queerness. Finding the experience heart-warming, she says, “It’s very rare to have an all-queer South-Asian cast and crew. Because of that, it has brought a real community vibe to the film.”

As the interview nears its end, _shift poses a final question to her. What’s next for Amani?

“My plans for 2021 are whatever Miss Corona says there’ll be.” To this, she adds, “I feel that maybe it’s time to step away from poetry for a while. I want next year to be about interdisciplinary stuff like combining poetry with dance or music, or to focus on other disciplines within writing –playwriting, scriptwriting, etcetera. Time for something new, I think.”