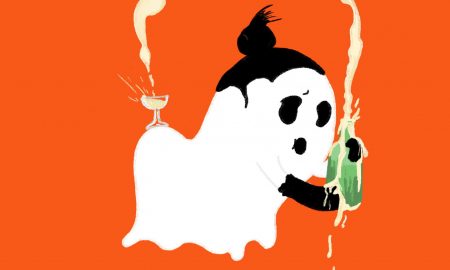 Celebrity Halloween looks that haunt us 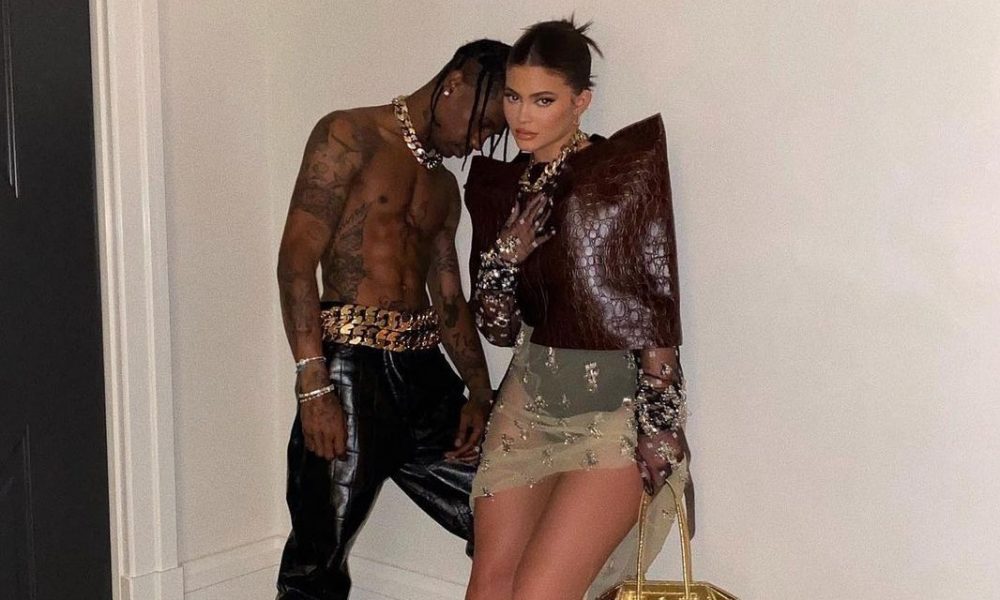 The French luxury house has unveiled a social media campaign that has split opinions but ultimately created clickbait.

The dust has now settled since Givenchy rolled out its campaign for the debut collection of creative director Matthew Williams on Instagram, a star-studded social media crusade that exhibited the labels ‘#Givenchyfamily.’ We now ask whether it is a sign of things to come.

The campaign was aggressive in its deployment of celebrities, asking each to photograph themselves sporting items from the brand’s latest collection. Kim Kardashian was seen posing in a black floor length dress, a cut out at the back going deep down the reality stars infamous silhouette, cheekily exposing the straps of a red thong. It is an image that has circulated intensely online, in part due to a rogue hair extension that was spotted laying on the grey carpet next to her.

Other names included in this fictional family span from rising UK rap star PA Salieu to Kate Moss and everyone in-between (Bella Hadid, Kim Jones, Tavis Scott and Nick Knight were included, to name just a few). Each was numbered as a specific look in the brands captions, while each member of the family expressed their love for Williams in their own personal posts. Solidifying his position as a superstar designer further, the 35-year-old even appeared in the campaign as look 39. 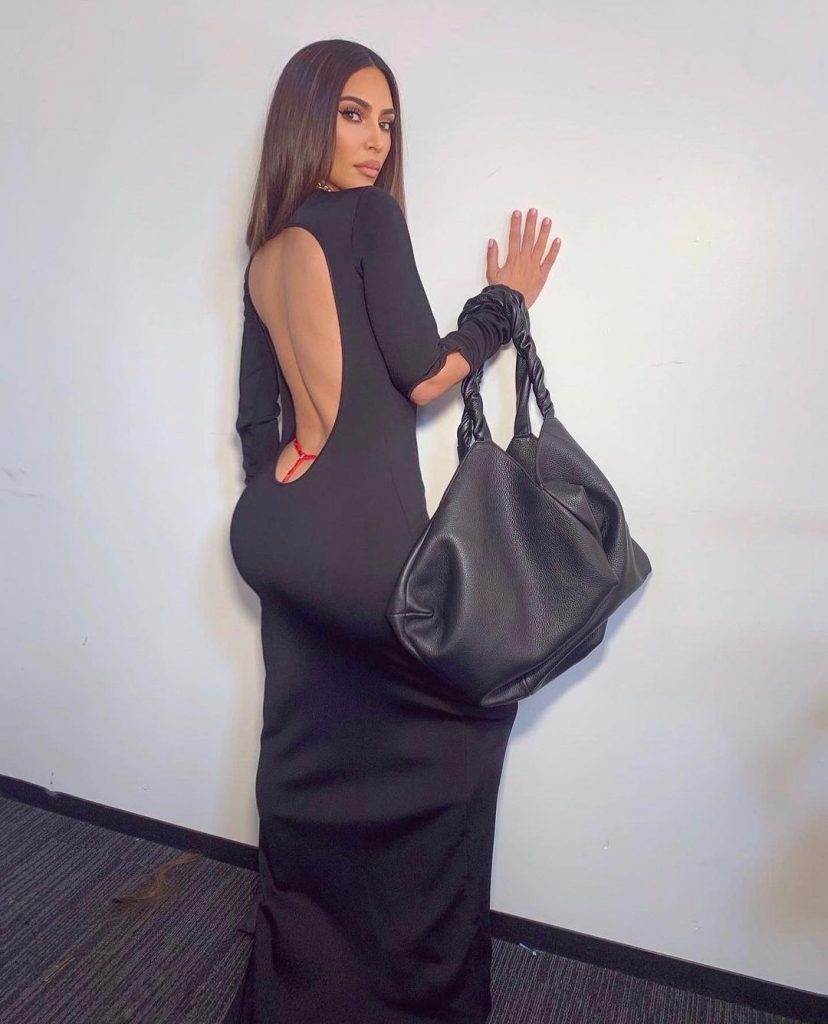 Kim Kardashian poses next to a rogue hair extension. Image courtesy of @givenchyofficial via Instagram 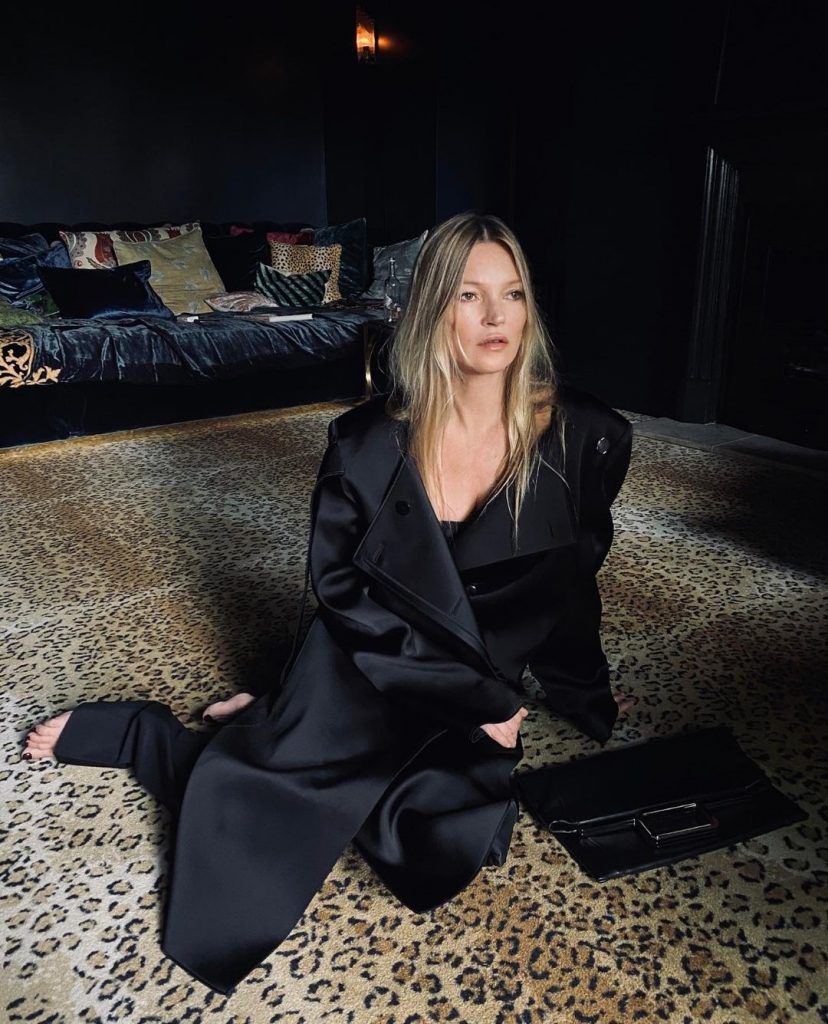 Kate Moss relaxes in an all-black ensemble. Image courtesy of @givenchyofficial via Instagram

It was a stunt that has attracted a lot of attention, beyond being reposted by a number of social media accounts, the photos of Kim Kardashian and Kylie Jenner with Travis Scott have amassed over 160k likes each on the brand’s Instagram page.

The self-shot nature of this campaign is likely intended so that it can feel more relatable customers, a glimpse behind the celebrity curtain that shows the consumer how the garments would look in their own fit pics, as oppose to in a polished advertising campaign. Also, as Jodie Cook, founder of JC Social Media Agency, says, “The more amateur a photo looks, often the more naturally it fits into their feed,” making this branded advertising campaign blend in with the usual content found on Instagram.

It is a concept that Demna Gvasalia has been exploring to great effect, as the creative director of Balenciaga and in his previous post at Vetements. The social media posts of both these labels, which appear to be shot exclusively via iPhone and relatively off-the-cuff, are a way of furthering Gvasalia’s subversion of high fashion codes. Irony and bricolage are utilised to create images that are not necessarily skillfully produced but their absurdity makes them social media masterpieces. 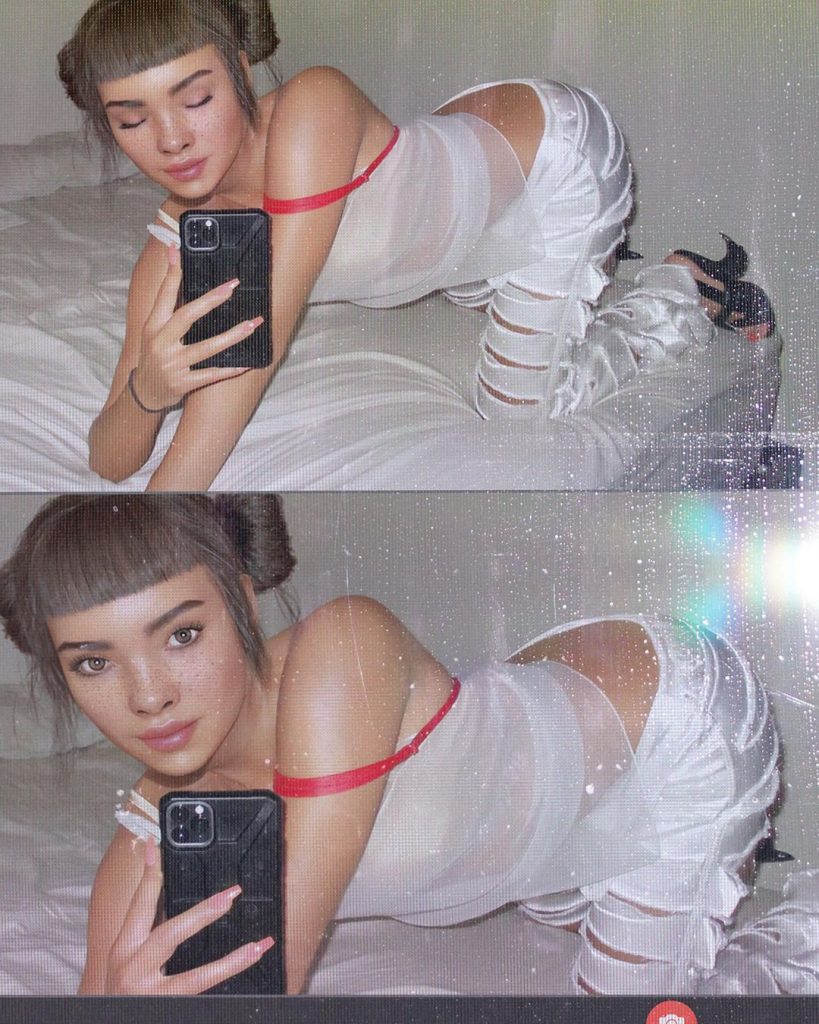 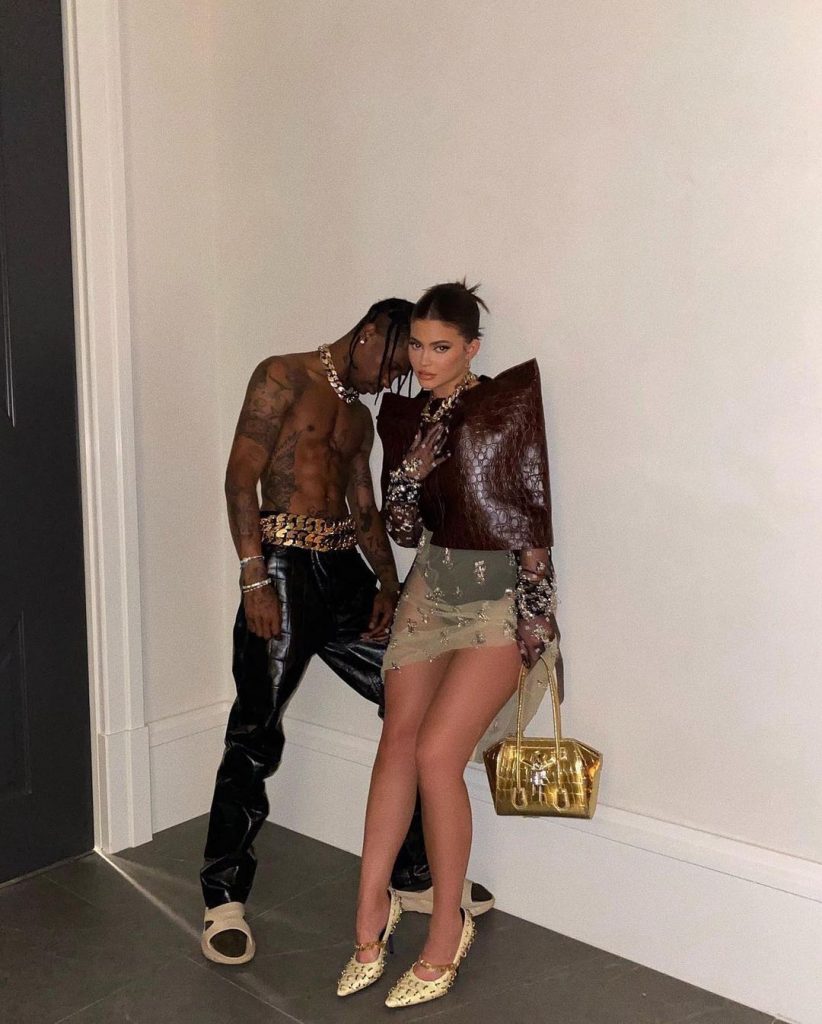 Travis Scott and Kylie Jenner’s looks were one of the best performing photos on the brands Instagram. Image courtesy of @givenchyofficial via Instagram

Considering the success that this type of marketing can create at a low budget, it asks whether the purpose of a professionally shot, conceptual campaign is becoming obsolete. The democratisation that social media has created means that a selfie and a professional photo shoot are shown next to each other and there is no guarantee that the latter will perform better.

Pairing the lo-fi nature of many of the photos with a number of high profile names was ultimately what really made this campaign a talking point. It presented a reliance on celebrity culture and the status of those involved takes center stage ahead of the aesthetic in many of the photos.

The reasons for doing this are clear, as Jodie explains, “most people on Instagram follow at least one celebrity on Instagram. Because Instagram offers insights into someone’s personal world, they quickly build up a sense of familiarity with the accounts they follow. This means that if a celebrity you like and follow talks about a specific brand, you’re going to feel more compelled to check out the brand than if you had, say, just seem them promote it on an advert.” 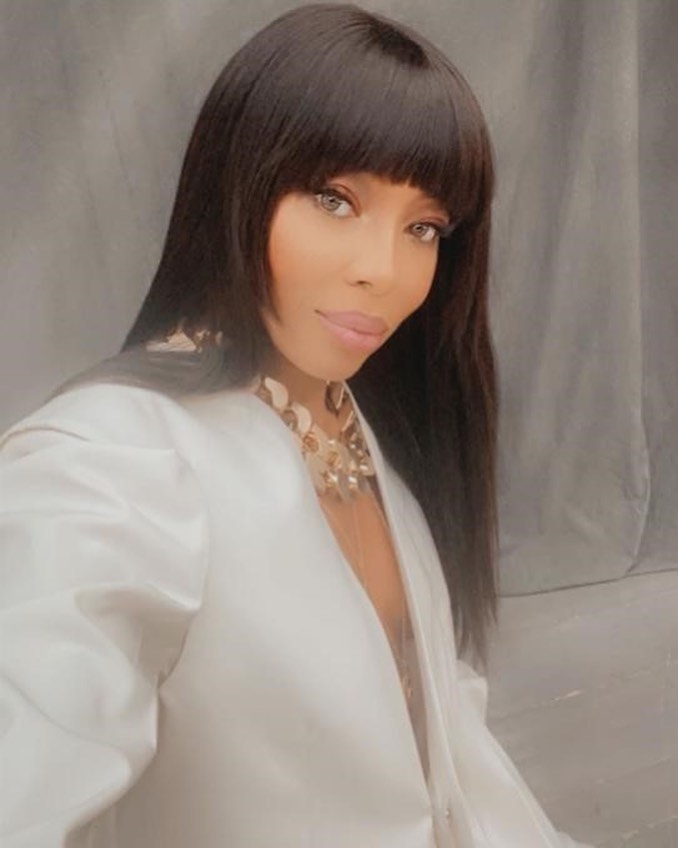 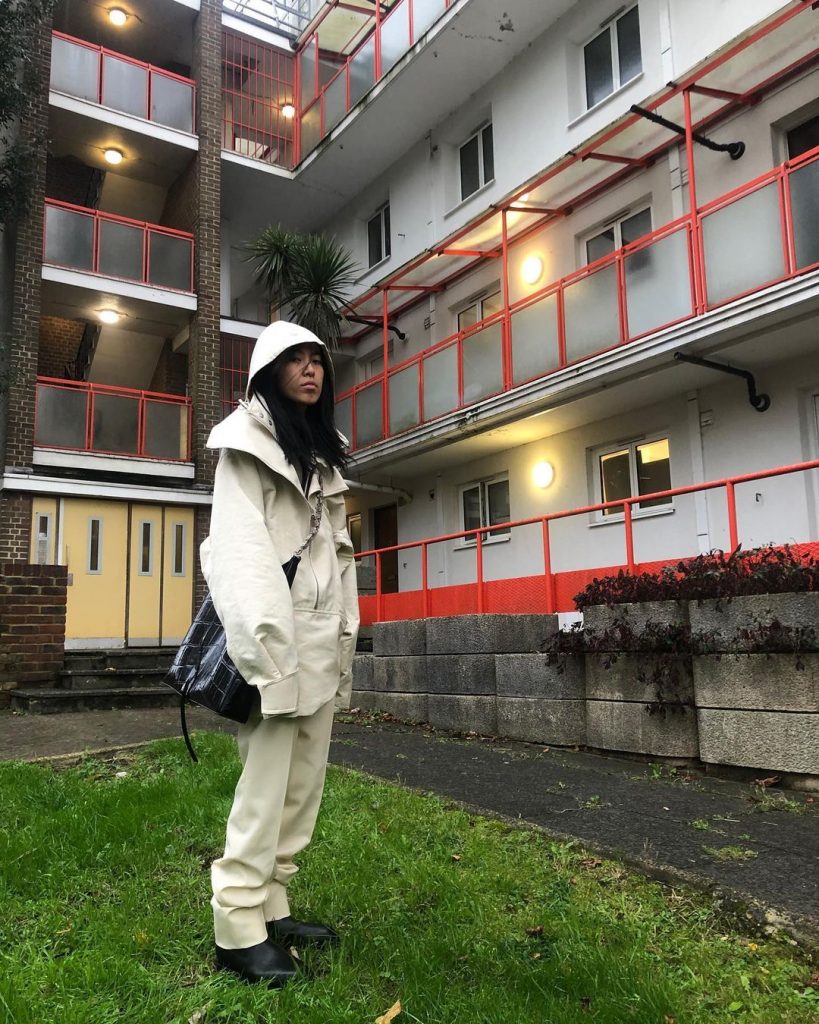 Deb Never models in-front of an apartment building for her photo. Image courtesy of @givenchyofficial on Instagram

Alexander Schouten, assistant professor of Business Communication & Digital Media at Tilburg University, the Netherlands, tells Shift, “there is much research that has shown that product-endorser fit is one of the most important factors in affecting the success of an endorsement. This goes for influencer and celebrity endorsement alike. In one of our studies, we tested product-influencer fit in an Instagram context, and here as well, fit led to a higher appreciation of the advertisement than when the product (did) not fit the influencer.”

In this case, William’s ability to find the right product endorsers for his product is the genius behind this campaign.

The use of influencers and celebrities to promote a fashion collection is far from being a new phenomenon, as Alexander explains, “celebrities are generally seen as trustworthy. Moreover, they are generally attractive, and that is also imparted on the product.” It’s an integral part of Givenchy’s history, with Audrey Hepburn’s relationship with the labels founder being a genuine connection between a designer and his high-profile muse that created a great deal of publicity.

The difference with this campaign is how highly it relies on celebrities and how many high profile names it deems necessary to create buzz. Before Williams’s appointment, Ariana Grande had been announced as part of the #givenchyfamily under the reign of Clare Waight Keller. Seen then to be the brand banking on celebrity status, Williams has used his knowledge of the internet and ramped up the intensity by announcing 51 new additions to the family to accompany his first collection.

Ringing up the most high-profile people on your phonebook to take pictures of themselves in a new collection and calling them a family does lack a sense of authenticity and innovation, however, it gets mouths talking on social media. It is as if Williams has played a cheat card in creating online hype.