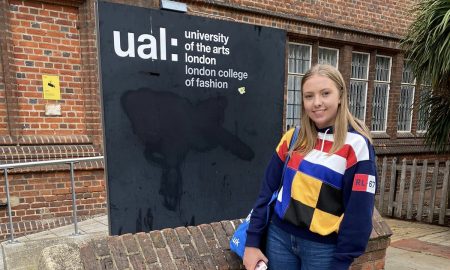 How to be cool at LCF 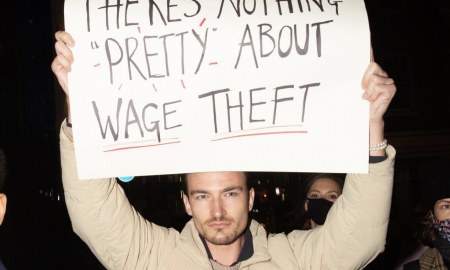 Meet the Love Islander taking a stand against fast fashion 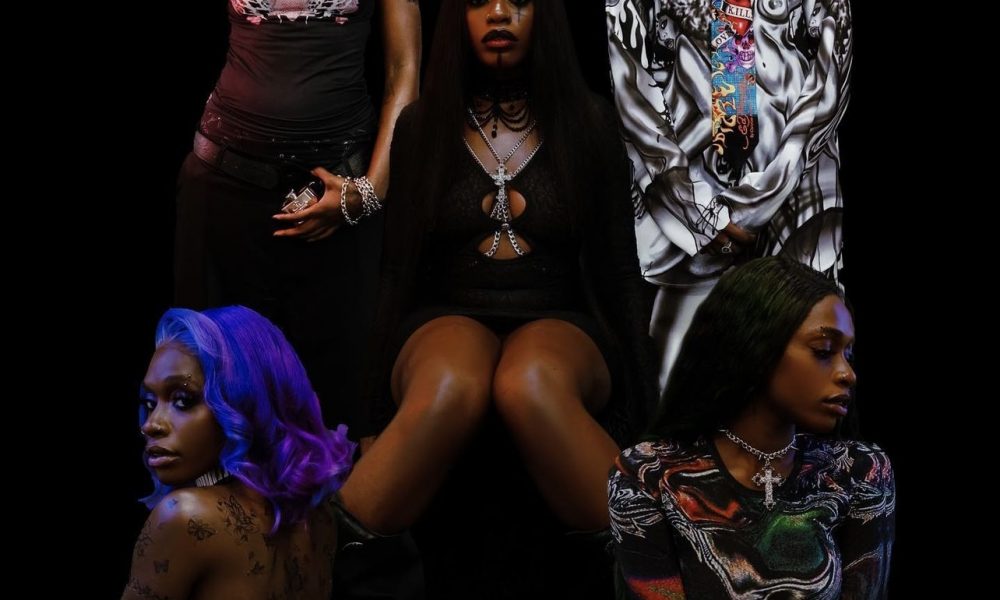 Inspired by the horror movies she watched growing up, which resulted in chronic nightmares, A’alia Boyo launched her brand A’apostrophea early last year. The unisex, limited edition, ready-to-wear, Nigerian based brand has become a massive hit as it follows a dark aesthetic everyone has made a trend today. Pinterest is an inspirational ‘marketplace’ and has played a part in promoting silver crosses and wearing all black.

Boyo left Nigeria at eleven and spent her school years at boarding school in England. She made her debut in 2022 on her Instagram brand account, @a’apostrophea, which featured a video of an alien-looking figure located in space which melts unveiling the designer and the words A’apostrophea. Boyo also refers to her supporters as her A’aliens.

As seen on social media influencer @kingkarine on Instagram, the hard candy T, which features a figurine of a woman’s and men’s toilet symbol, the woman holding a gun to the man and the “green 1974” are some of the iconic pieces from her collection.

The T-shirt drew inspiration from the 2005 “Hard Candy” movie, which features a young girl who is murdered by a paedophile. Her friend later seeks revenge by setting him up for severe torture, hence the gun pointed at the man. The collection also features sets, including “The 1974 set which The Exorcist inspired” says Boyo. Pieces include a black Arakne pant and an Arakne top, a scum pant and shirt which is also unisex, two double lace all black dresses, Kalliopi which is a short, cut out long sleeve dress and the famous Kalypso spaghetti strap side slit dress. A false wool vest, the Hard Candy T and the Lilith T are also featured in this collection. All the names in this collection were taken from her favourite horror movies she watched during childhood.

Besides recently launching her brand, the well-educated designer has studied law, classics (which she had always wanted to explore since she was young), sociology, anthropology and finally, marketing. Her most recent job was within the marketing industry, and she worked for Tape London. Tape London is a club which hosts celebrity album launches or exclusive parties.

Her website mimics an old computer menu with all its contents layered out and accessible for every shopper. It also features an icon which takes you to her hair-dying page @dyedfortheyouth. The neatly packaged clothes come in a semi-transparent zip lock bag and inside includes two alien themed stickers, a thank you for supporting card and on the back of each item a message “Idealized by A’Alia Boyo Restoration of Kaos.” 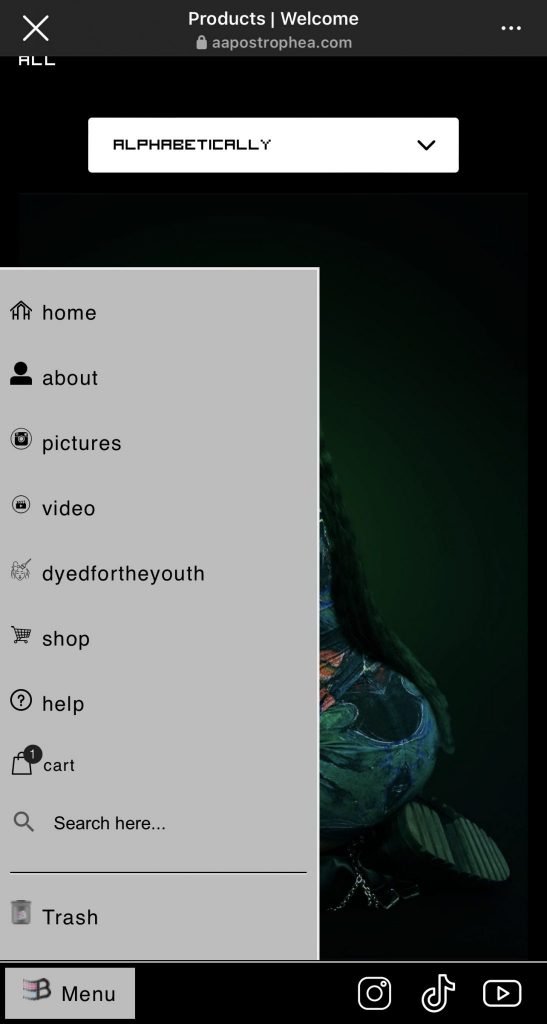 Boyo says: “My consciousness with fashion happened when I was like ten years old.” Being brought up by a mother who is an actress with an art background allowed her to explore more from a young age. She discussed how she would love to collaborate with other brands that do not possess the same aesthetic. Although “I’m giving emo goth, punk everything everyday doesn’t mean I can’t like switch it up from time to time,” she says. Her possible collaborations would be with other brands she feels she might share a connection with, disregarding the aesthetic because she prefers building a relationship naturally. She added how she would love to collaborate with a brand whose aesthetic might be colourful, like Hello Kitty, and still be able to add her twist to it.

She recently hosted a pop-up in Lagos at home in her backyard, which according to her, was a huge success and sold out most of the items. Numerous people had already swamped her Instagram direct messages the day before this, inquiring about what items they were to expect at the pop-up. The designer explained how organising a pop-up in Lagos came easy for her as she could use her backyard, and supplying food and drink cost her a quarter of the price she would have paid in London.

A’apostrophea’s next collection will feature some of the games Boyo played as a child, including MSX as well as video games like Guitar Hero and Japanese streetwear. “It is to my story as I’m telling you about my eyes from when I was ten, and the next one was going to be from when I was a teenager in the UK. I like how my fashion changed then and things like that. Like there’s so much of a story behind it. I want people to enjoy it, but it’s also sad because they’ll never fully understand what it means to me.” When the designer returns, a possible pop-up in London is also planned for the future.