The cycle of cancel culture 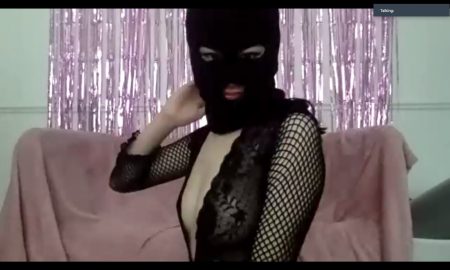 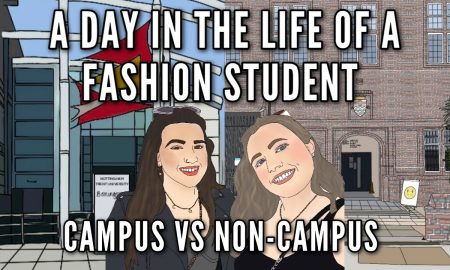 A day in the life of a fashion student 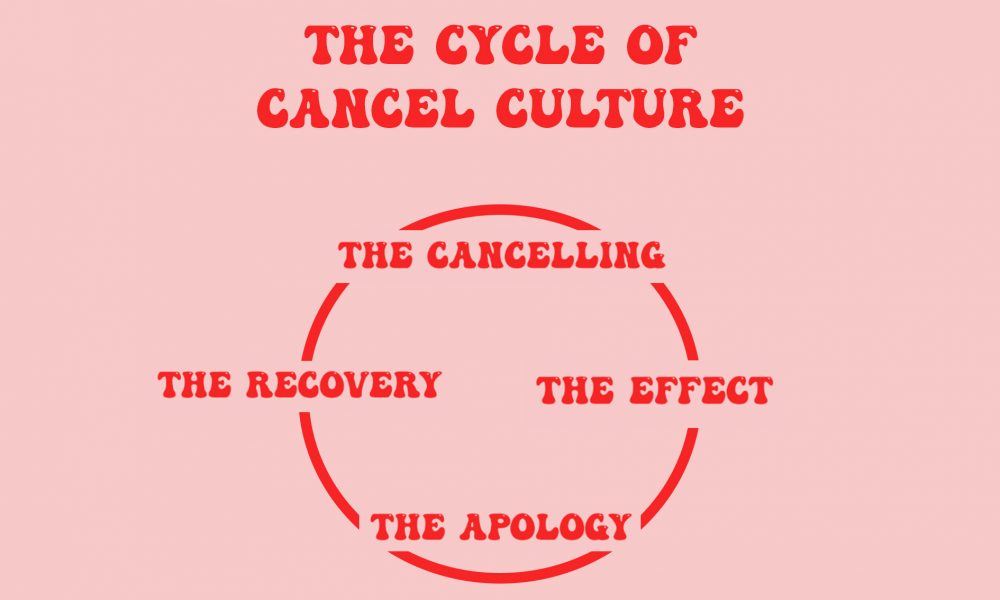 –_shift explores the stages of being cancelled

Cancel culture is rife in today’s society, with different influencers and celebrities trending almost weekly for being cancelled by online communities. However, it can be hard to follow, so to improve our understanding of cancel culture, we broke it down into four stages:

The Cancelling; The Effect; The Apology; The Recovery.

Before exploring the stages of cancelling, first, we need to set the guidelines surrounding what we define as being cancelled:

Someone who is ‘cancelled’ has been shunned or turned on by people as a result of their actions, facing online backlash.

Cancelling mainly occurs when someone has done something people don’t agree with, and often results in them losing a large number of followers or supporters, and receiving hate across social media platforms. This can often result in hashtags trending, a common one being #xisoverparty.

A takedown of an influencer is normally started by audiences, but it has often been other influencers who start, or jump onto, a cancellation.

There are a vast number of reasons an influencer can get cancelled, from breaking the law, past actions to simply speculation, but in some cases, there’s no reason at all. In 2020, people were called out and cancelled for breaking lockdown regulations, selling counterfeit products, or in the case of TikTok star Charli D’Amelio, wanting dino nuggets for dinner while her personal chef cooked her a 5-star meal. 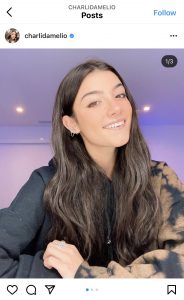 However, people often mistake cancelling someone for holding them accountable for their actions, explains make-up influencer Ellie Addis. She adds that people should be held accountable for saying or doing things that are not okay.

Addis also believes the time scale and severity of what someone is being cancelled for should be taken into account, saying, “There are some circumstances where influencers do or say completely unforgivable things, for example, sexual assault; and I definitely believe they do not deserve to have their platform or a second chance after something like that.”

This is a sentiment shared by TikTok empowerment influencer Nessy Bray, who says: “I think that it is crucial that we hold people accountable for their words and actions, however sometimes it does cross the line. I think people get power hungry and thrive in their anonymity and that’s a dangerous combination.”

New York-based Bray adds to this, reflecting on how cancel culture affects the content she creates. While her content is based around empowerment, positivity, and intersectional feminist values, offending or excluding is never a part of that, and she is aware of the possibility of being cancelled with every piece of content she puts out. 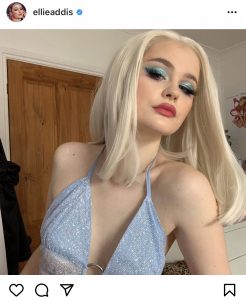 The effect of being cancelled is immediate and often sees hordes of people in online communities directing hate towards a creator, and in most cases, the loss of subscribers or followers. For creators, losing followers results in losing income, and the selling power of their brand.

The backlash from the video was immediate, with other Youtubers such as Jefree Star getting involved, and it was an advertised plot point in Shane Dawson’s 2020 series ‘The World of Jeffree Star’ (however the drama was hardly touched on, and Dawson in turned got cancelled for using the situation as clickbait).

Charles took a month-long break from his Youtube channel after uploading a video addressing the situation, returning to public favour after Westbrook’s video ‘Why I Did It’, which accused Dawson and Star of gaslighting and manipulating her into releasing the original Bye Sister video. In his ‘No More Lies’ response where he denied/disputed the accusations, Charles admitted the online backlash made him suicidal.

Journalist Katie Withington claims the act of cancelling people has become a spectacle all in itself. In some cases, with so many “drama channels” now conducting and reporting detailed accounts of these influencer downfalls, these peaks and troughs of behind-the-scenes dramatics have become a source of entertainment in themselves for viewers. Many have profited from the growing popularity of watching these events unfold.

However, it is the belief of 20 year old Addis, who went viral in 2018 for her Violet Beauregarde makeup, that being cancelled affects smaller creators more than those with bigger platforms.

Expressing that she believes a bigger creator may be spoken about for longer compared to a smaller creator, who would be forgotten about quickly, Addis adds that most larger creators “have a loyal fan base who are quick to forgive them. There are some larger creators who are repeatedly cancelled and yet they are still able to continue with their job.” 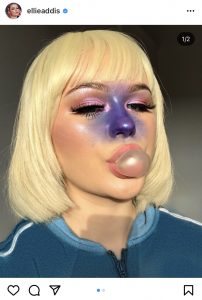 The Apology stage of the Cancelled Cycle is arguably the most important part, as it sets the tone for the recovery.

Apology videos go hand in hand with being cancelled. In the days after being cancelled, influencers will normally post a video, to Instagram stories or YouTube, attempting to apologise and take accountability for their actions. These videos are most likely the first point of contact audiences will have with the influencer since they’ve been cancelled, and draw in lots of attention. They can also make or break a scandal, either adding fuel to the fire or helping aid the recovery process.

However, genuine accountable apologies are generally few and far between, and videos have often been turned into memorable memes that haunt influencers for the rest of their careers.

Youtuber and longtime observer of influencer communities, Shelby Pearson, notes that apology videos are needed, especially in the cases of creators who make genuine errors. But she also believes, for the most part, they can make things worse as they show who is genuine and who is not.

Pearson continues, claiming she feels “99% of apology videos are way too scripted and fake. They say what they think people want to hear, and then depending on if the reason they were ‘cancelled’ was forgivable or not most people forget about it and continue supporting them.”

This opinion is mirrored by Bray, who comments: “I think I’ve seen dozens of apology videos over the years and have yet to see a truly sincere one. That sounds harsh as these people are obviously on the brink of losing their job and what they’ve built but it always seems there is far too much emphasis on saving their own name and moving past the issue than truly making things right with those they’ve hurt.” 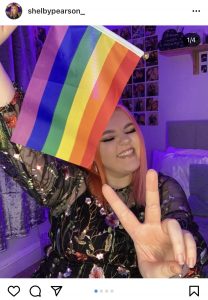 The Recovery stage focuses on the aftermath of the apology video, and if the influencer can return to their content without too much backlash or drop in engagement. If an influencer can recover from being cancelled, it is predominantly because their audience of loyal fans chooses to forgive them, however, this can take time.

Bray claims influencers are forgiven more often than not, saying, “We see it all the time. Predominantly with cis white male creators. There are some people that have caused true harm to their communities and were canceled sometimes even multiple times and yet they let the dust settle and come back, and the internet reacts as though nothing has happened until they screw up again.”

Addis, too, holds the belief that cancel culture doesn’t ever work, which allows influencers to recover from even the most extreme cancellations. “There are people online who have done and said horrific things and they still have a platform, still get views and still earn money. I think people deserve to lose support if after apologising for their actions they remain the same, show no sign of growth and repeat the same behaviour.”

“They do not care about what they did or said and I don’t believe they deserve support for that. In most circumstances people do deserve a second chance because nobody is perfect and we are all constantly growing and evolving as people, it completely depends on what the creator did.”

Withington believes there is somewhat of a formula to the structure of being cancelled on the internet. She adds it almost feels as though any action is recoverable if you ignore it for long enough. This is due to, “The twittersphere being so evenly divided between those who want to cancel cancel culture, advocating for a wider space for forgiveness and growth, and those who feel that these said online demotions come as a direct consequence of the recent call for accountability across all media sectors. Some of these internet personalities have left the internet with no visible recovery as of yet.”

This was the case for YouTuber Jenna Marbles, who joined the platform in 2010, and has amassed over 20 million subscribers in her decade-long career. In June 2020, Marbles announced in an 11-minute video titled ‘A Message’ that she was quitting her YouTube channel after she was cancelled online when a number of her old videos from 2011/2012 resurfaced.

The videos included Marbles wearing blackface and making racial jokes about Asian people. Regarded as Vultures Most Genuine Apology video of the year, Marbles took full accountability and responsibility for her past actions in the now-deleted video, stating: “I don’t want to put anything out into the world that’s going to hurt anybody.” Since posting the video, Marbles has not posted on the internet, remaining cancelled. 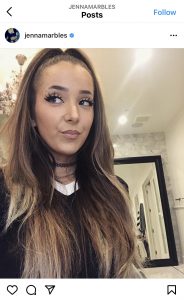 And finally: The Cycle Continues

The cycle of cancel culture is becoming more evident the more influencers are cancelled, however, many creators do not learn from their mistakes, and often get cancelled multiple times in the span of their careers.

Pearson reflects on this, saying, “A lot of content creators have been able to get away with being cancelled. Yet in some cases seeing as they’re problematic, people find other ways to cancel them and in the end they lose most support. It’s all down to the person, if they are willing to learn and grow, they will eventually be okay and be able to continue but if not, eventually they will be fully cancelled.”

With the introductions of new platforms, and with influencer culture still relatively new in the internet space, it will be interesting to see how the cycle of being cancelled evolves. Will being cancelled enough times or for severe enough reasons end the careers of influencers in the future, or will creators continue to be forgiven for actions people wouldn’t overlook should it be from a coworker or friend?