The rise of South Asians on-screen 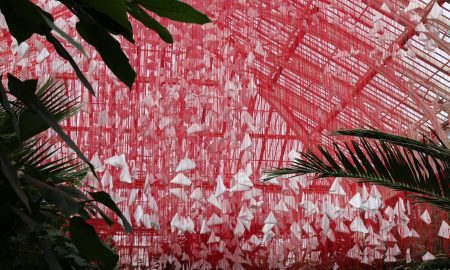 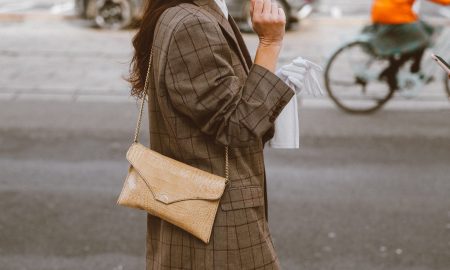 The return of the handbag 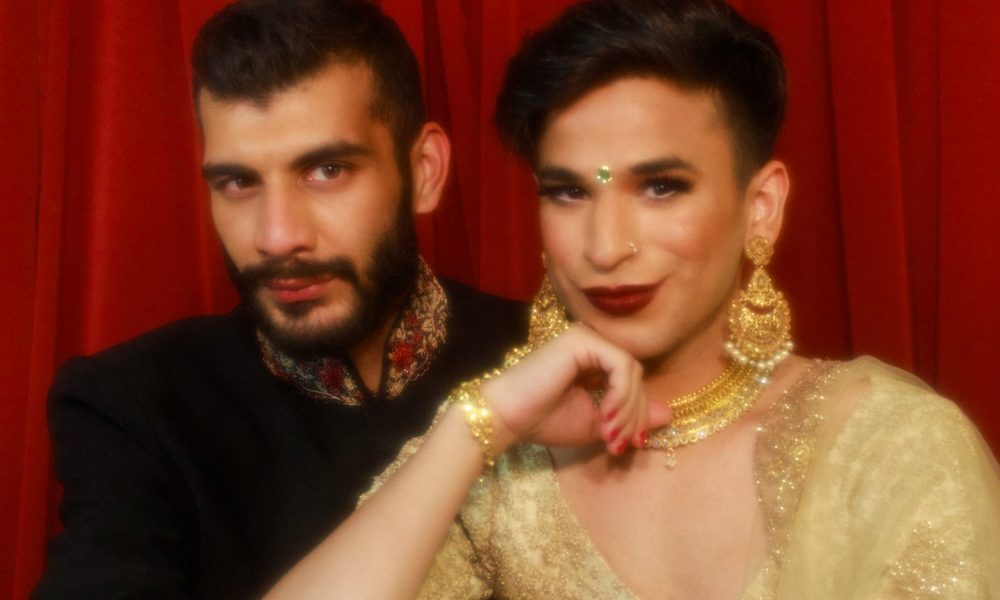 A few weeks in and the South Korean dystopian drama Squid Game is on track to become the biggest Netflix show. This has exacerbated the shift of Western produced content to a more global diverse representation in TV and movies. Among this homogenous K-Drama, one character stands out: Ali, an undocumented factory worker from Pakistan. The nuance of the part felt refreshing for many brown people as we are under-represented in TV and movies outside of South Asian countries. _shift caught up with three creatives who are changing the perception of South Asians in cinema. 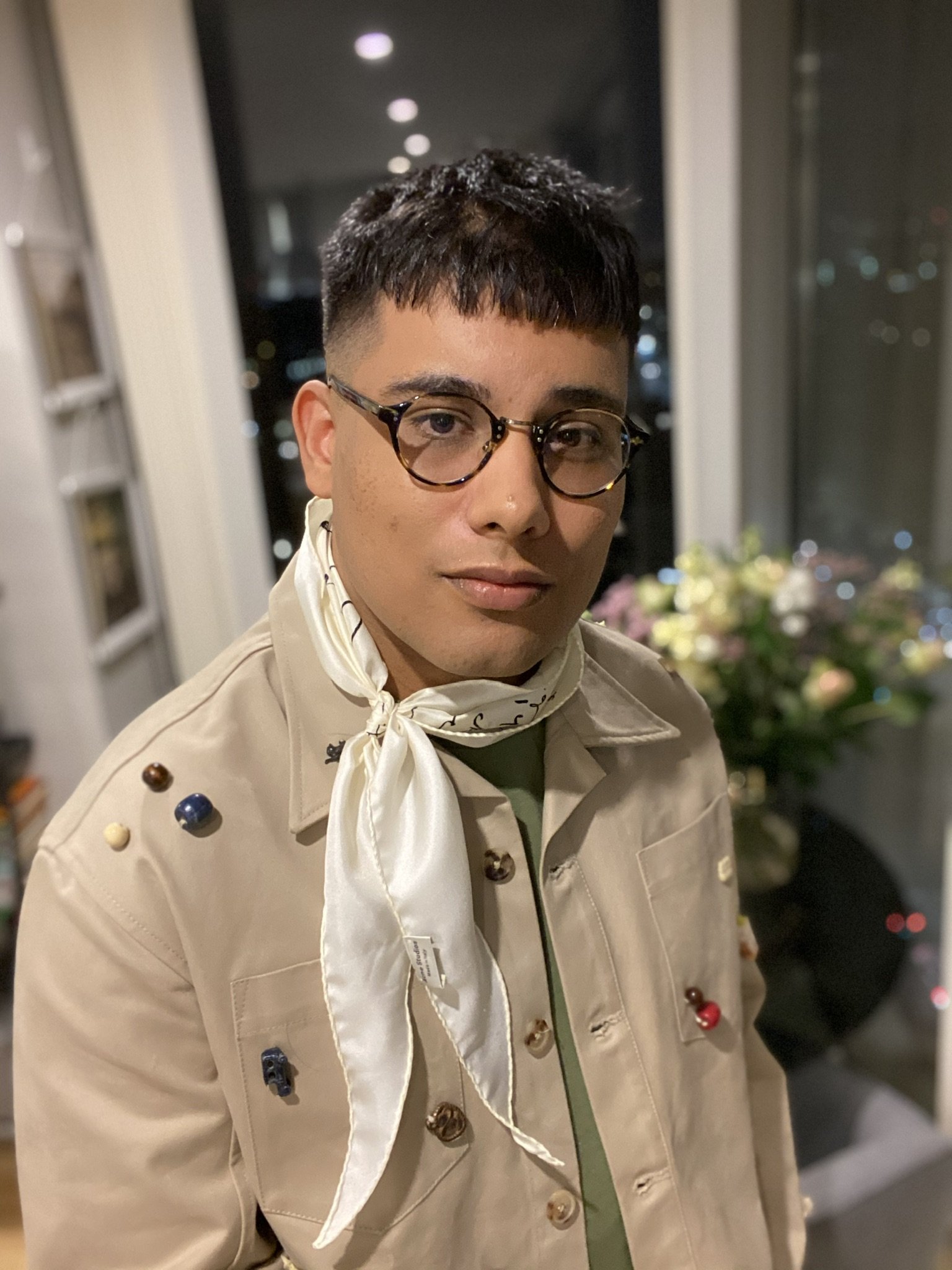 Nick Virk is a London based freelance filmmaker and producer who has worked for Tate Exchange. Virk studied English Literature at university but decided to push ahead with their passion for filmmaking: “Everything I have learned has been self-taught. Through watching and observing films, I feel this intrinsic understanding and knowledge of how to create. And I tried to trust that in my craft.” And this trust has not just been informed by Virk’s identity as a queer South-Asian, but also: “my life experience, what I have gone through, what I have seen in the world, and the stories that I feel I want to tell have not been told.”

Responding to the question of whether or not they identify as being a changemaker, Virk says: “What I do think I’m facing at the moment is a cultural time when white people have understood that they need to bring in more voices. But they are the gatekeeper essentially.” Ultimately this affects the creative freedom Virk expresses through their filmmaking: “There are always conditions attached to that environment. Conditions that mean that my art form has to become palatable to their gaze for them to understand it.”

Temple is Virk’s next directorial project. The first teaser was released in September 2021 and captioned as: “We are told we can be ourselves but is the queer community really ready to accept us for who we are?” Virk says the film is not looking for acceptance within the wider society, but from within. They also highlight the problems of the casting process: “I wanted someone queer. Finding a queer South Asian man out of the pool of people I had – and we are talking about a dozen – was difficult as everyone in that felt very much model-esque and conforming to conventional beauty standards.”

Virk discusses the white gaze in terms of how white agents and casting directors define the talent of actors of colours. They also mention South Asian representation in Hollywood, such as Riz Ahmed’s Oscar Nomination for Sound of Metal: “The character he played was not necessarily South Asian and could have been played by someone of a different ethnicity. So, I question how much effect this has on Hollywood in terms of casting more brown people.” 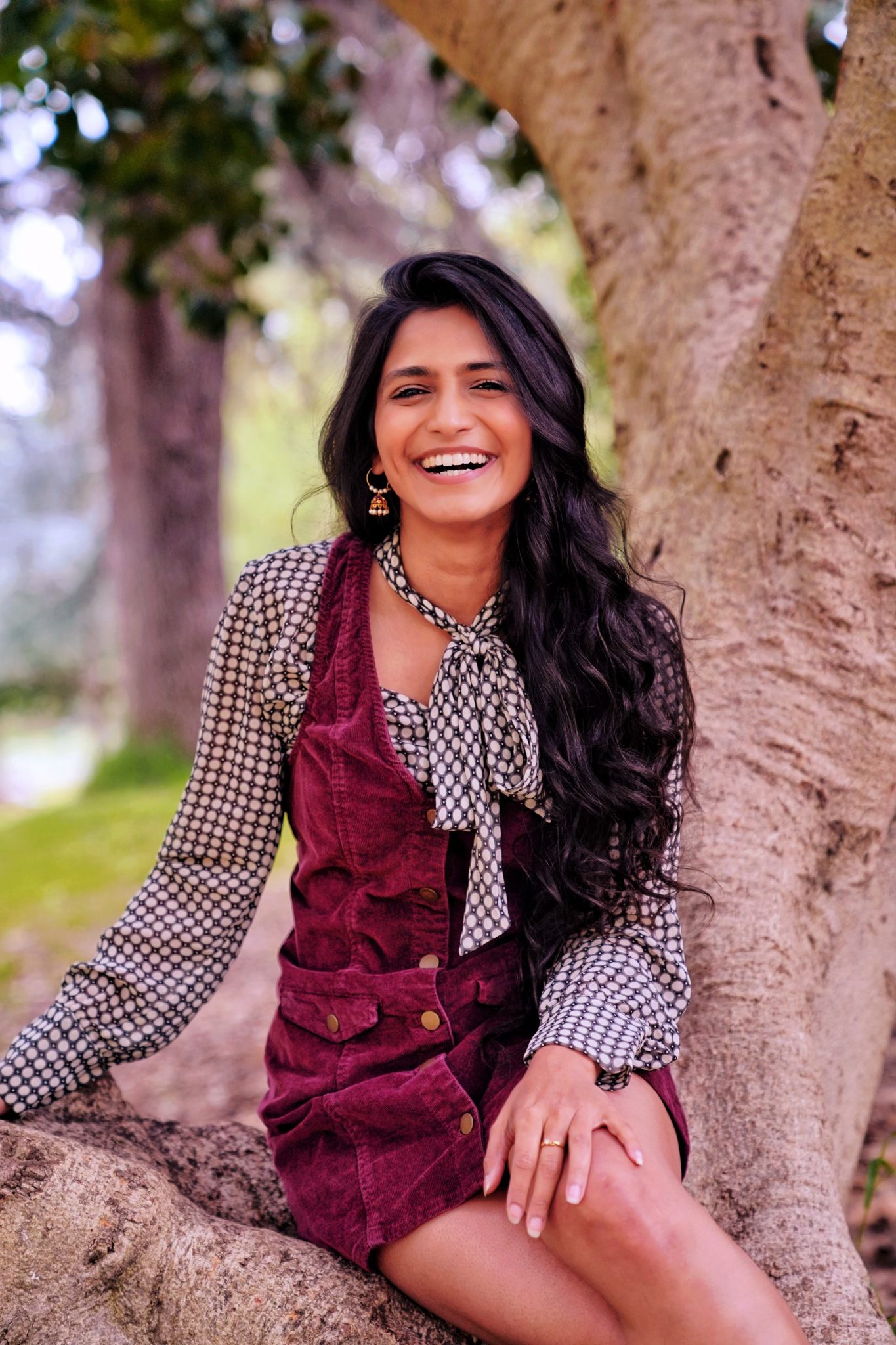 Sharayu Mahale is an LA-based actor and dancer who recently starred in HBO Max’s short film Unmothered. She grew up dancing Bharatanatyam (Indian classical dance) and was intrigued by how a character could be depicted through dance. Mahale then attended Yale School of Drama.

She shares her experiences of how representation is changing by discussing a role one of her friends landed: “The name of the character is Emily Fisk, and she (the friend) is Indian. So, I think what is awesome about that is that the name has nothing to do with the South Asian subcontinent at all.” She goes on to explain that increasingly casting directors advertise “open ethnicity” roles. Casting directors are hired by a studio, production company or a TV show directly and therefore are the middleman. Mahale draws attention to the fact that having casting directors from diverse backgrounds shapes representation in front of the camera: “I just auditioned for a project with a casting associate, and his name was Mayank Bhatter. That was the first time I had seen an Indian name for a casting director, and I got so excited about that.”

She also highlights inclusive practices of colleagues such as of the casting associates on Hulu’s show Ramy: “I asked them if it was hard to find Arabic speaking actors for two seasons of the show.” The team struggled and put out casting notices at mosques and other places and therefore successfully tapped into the talent pool of the local community.

Mahale has been encouraging other South Asians to join the industry: “Since the pandemic started, people are more open to sharing, and more open to exploring. I think many people are kind of like living vicariously through me in some senses.”

She shares her opinion on how to develop one’s craft. Mahale says: “One of the biggest mistakes I see is people just jumping into it right away, getting an agent and trying to audition and then getting frustrated when they do not see the results. It’s just like any other thing where you work on it like a skill. Take some acting classes before you decide whether or not this is a career choice for you.” 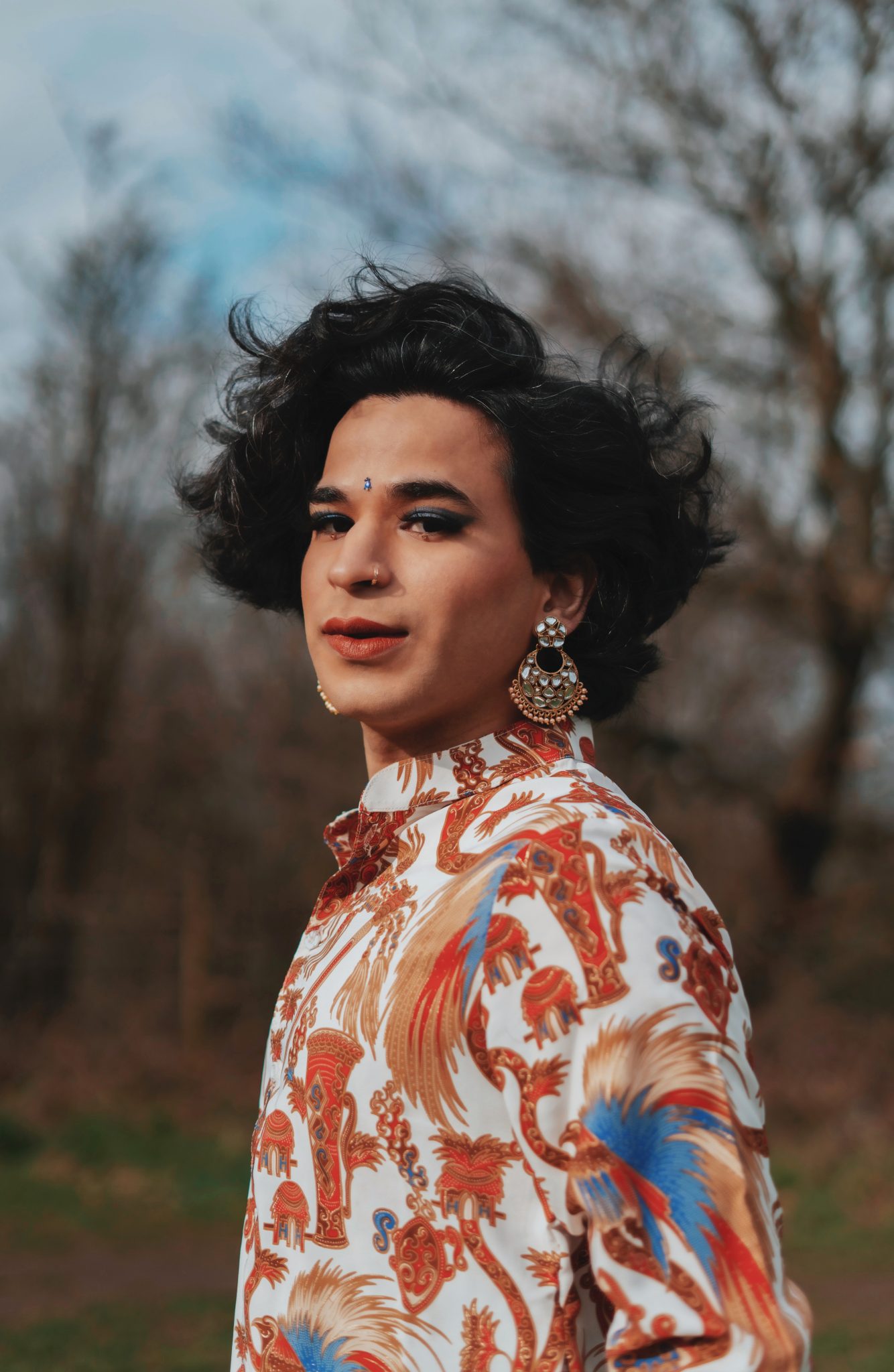 Shiva Raichandi is a multidisciplinary performance artist as well as a diversity and inclusion consultant in the film and TV industry. They are currently directing a Netflix Documentary titled Peach Paradise. Furthermore, they are also directing and producing the queer South-Asian wedding movie Queer Parivaar. Raichandani says: “Having seen the landscape and the gatekeeping, the stereotyping and all the nonsense that exists within the British film industry context, there is a huge gap in terms of bringing on queer Asian stories to the forefront in an authentic way.”

Filming for Netflix’s Documentary Peach Paradise wrapped up a few weeks ago. Raichandani explains: “The documentary is based on The Bitten Peach, which is the UK’s first and only pan-Asian drag and cabaret collective. We follow the collective through one of the co-founders, Shay Shay.” They explain that they aim to spotlight queer Asian talent through drag and cabaret circus as shows like RuPaul’s Drag Race have propelled this art form into the mainstream.

Queer Parivaar (Hindi: Queer Family) is Raichandani’s latest independent project. The movie will feature a romance against the backdrop of music and choreography while dissecting ideas of heteronormative South Asian weddings. As they talk about it, the passion is reflected in their voice: “A lot of queer content out there by queer creators is entrenched in violence and tragedy. So, for me, the motivation was to create a space for joyful stories centred around South Asian queerness.” 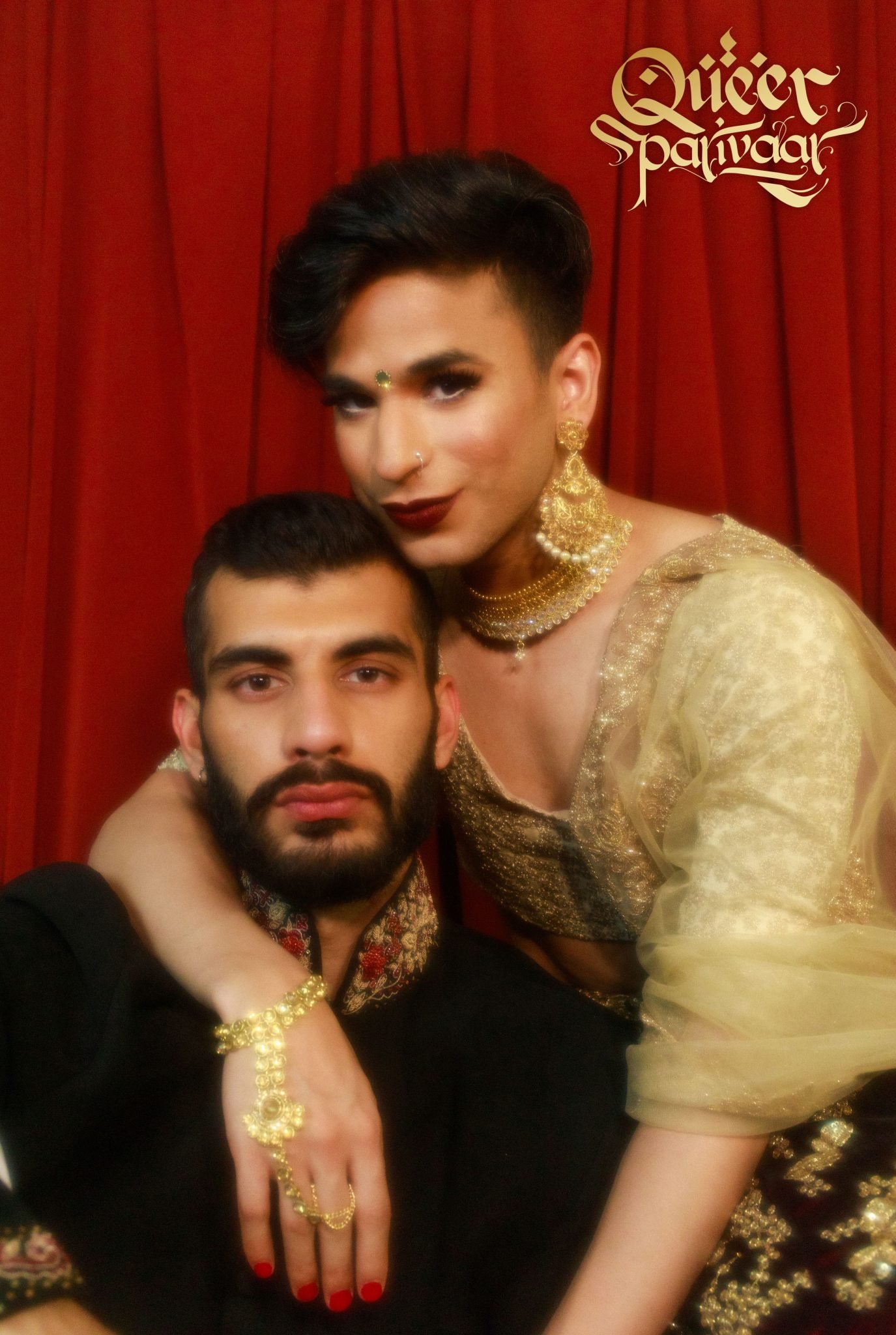 Raichandani provides an insight into the diversity of the crew: “For the core cast, we have someone who is Muslim and gay, there’s someone who’s Hindu nonbinary, there are Muslim-trans, Hindu-intersex, Muslim-bisexual (people), many intersectional layers.” They continue: “Our executive producer Huma Qazi who financed most of the film, is a lesbian Pakistani woman who is iconic in her field (the corporate world). She saw the film advertisement and was like: ‘This speaks to me. And I wish I had that when I was younger. So, let’s make this happen!'” The movie is currently being filmed in London.

They also underpin the importance of being culturally accurate: “We engage with a queer Hindu priest; we engage with the inclusive mosque project in London.” They share an insight into how a diverse cast can guide inclusive representation on screen: “Asifa Lahore (one of the cast members) gave us nuances around hair, oestrogen and other things that we would not necessarily think about on-set.” They go on to explain the importance of respecting cultural differences while filmmaking: “In (mainstream) media, we still see people co-opting cultures, appropriating cultures, profiting from different cultures. It is important to be mindful of how you can be respectful but respectfully celebrate other people’s cultures.”

These interviews highlight that South Asians in the TV and film industry operate within existing systems like Hollywood but are also taking the initiative to build new inclusive systems. Queer Parivaar, for example, was funded 30% through Crowd-Funding. The community showed up for the Fundraiser, and queer South Asians helped the movie to gain momentum. Sharayu Mahale brought attention to the diversification of the casting processes in the American film industry and to “open ethnicity” as the new standard. However, as Nick Virk shared, the industry’s gatekeepers are still predominantly old cis white men, and most mainstream content is palatable to the white gaze. Therefore, the success of movies such as Temple and Queer Parivaar may lead to an even better representation of South Asian narratives.