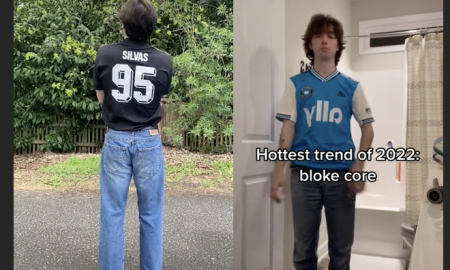 Blokecore: the football away days style

Student mental health – how do we tackle it?

Sex symbols, skin tones, and silk are all up for debate among fashion archivists and conservators following the Met Gala

When Kim Kardashian arrived at this year’s Met Gala wearing Marilyn Monroe’s provocative skintight sequin dress, she not only raised a few eyebrows but sparked industry-wide debate within fashion conservation. Kardashian’s decision has called into question whether anyone is worthy of wearing archival fashion and if this moment will have greater impacts upon the industry.

After wearing the dress for her iconic Happy Birthday Mr. President performance in 1962, it remained as part of Marilyn Monroe’s estate until 1999. In 2016, Ripley’s Believe It Or Not acquired the dress for $4.8 million, a world record for any dress sold at auction, and it was safely stored inside its darkened, temperature-controlled vault until last Monday.

Sarah Scaturro, chief conservator at the Cleveland Museum of Art and the previous head conservator at the costume institute at the Metropolitan Museum of Art, tells _shift the correct method for storing archival fashion should be in conditions where there is, “No light, stable humidity and a temperature of 20–22 degrees celsius in scrubbed air that is free from pollutants and protected from dust.” She goes on: “Handling is kept to an absolute minimum as most damage occurs during handling.”

To ensure the historic garment remained in its original condition, the dress was transported with guards via private plane to Kardashian’s home. According to Vogue, both Kardashian and Ripley’s conservator wore white gloves when handling the item for the red carpet before she changed into a replica dress for the duration of the evening. In spite of these efforts to safely wear the garment, Scaturro says: “As a fashion conservator I was very concerned. Fashion conservation ethics state that historic costume in museum collections should not be worn. I, and many of my colleagues, have asked why she didn’t just wear the replica that she ultimately changed into for the reception? It fit her body better, after all, and would not do lasting, permanent damage to this iconic dress.”

Unlike the replica, Ripley’s prohibited any alterations to the original dress. Much to the dismay of Kardashian who, months prior to the event, tried the dress on for the first time to find it did not fit.  Michele Carragher, textile conservator, says: “Despite Marilyn’s image as a curvaceous figure, she was quite small by today’s standards. I only know this as I was lucky enough to carry out some conservation work on two of her dresses… I remember thinking how tiny they were compared to the general size of people today.” She continues: “Really [Kim] should have just worn the replica and maybe the real one could have been in a display case.” However, Kardashian told Vogue: “It was this or nothing,” and describes the extreme measures she took to fit into the dress: “I would wear a sauna suit twice a day, run on the treadmill, completely cut out all sugar and all carbs, and just eat the cleanest veggies and protein.”

In response to the intense diet and exercise regimen, Kemi Ajose, fashion history archivist at Fortnum & Mason, says: “The fact that Kim couldn’t even fit into the dress and she had to do this crash diet just to get into it shows it was all by force.” The nude skin-like dress was intended to have a “natural, naked effect” on Monroe which is negated by Kardashian’s “prosthetics and tan,” Ajose continues: “It’s supposed to be worn by somebody who’s actually got a natural figure and is naturally beautiful so for it to then be worn by somebody who’s chiselled her way into beauty, and then she’s chiselling her way into a naturally beautiful dress that was made to measure, these are two contrasting elements put into one dress.” Celebrity stylist, Arifa K, agrees: “The dress did not match Kim’s skin tone, it was designed specifically for Marilyn’s shape and complexion after all.”

While Kim Kardashian is known for her frequent use of tanning products and has her own line of body make-up, KKW Beauty, she told Vogue: “I won’t be wearing the kind of body make-up I usually do”. As Carragher explains, “Contact with the oil from the skin, any make up or perfumes will have an effect on [the dress] and add to the disintegration.” But the potential damage does not end there, the International Committee for Museums and Collections of Costume, Fashion and Textiles (ICOM) has developed strict guidelines for museums to adhere to when preserving apparel. Its guidelines indicate that photographic lighting and flashes must be avoided.

Meanwhile, Scaturro says: “Aged silk is especially fragile, and so any movement, stress, or strain can cause permanent ruptures to the silk polymers.” Notedly, the dress is made from soufflé silk, an irreplaceable fabric that is no longer available. With visible paparazzi flashes on the red carpet and Kardashian’s evident struggle to walk up the several steps at the Met, it is clear why this moment has triggered a community of conservators to speak out.

ICOM released a statement on Monday May 9 echoing the widely shared beliefs of fashion conversators and archivists: “Although the dress belongs to a private collection, the heritage must be understood as belonging to humanity, regardless of which institution has custody of the property. As museum professionals, we strongly recommend all museums to avoid lending historic garments to be worn, as they are artefacts of the material culture of its time, and they must be kept preserved for future generations.”

In defence of their decision, a representative for Ripley’s told The New York Post: “This was no easy decision for Ripley’s,” the spokesperson continued to say Kim Kardashian “has become a steward – and added to – its history.” Some agree Kardashian is an icon of today, including Ajose who says: “each clothing has a story of its own and the next person who wears it, gives it its own story so for two icons from different eras to align in the same dress is still an important moment.” But others may disagree: “I’m not sure Kim has added to the history of it, but maybe her wearing it has highlighted the conservation issue and opened up a debate” Carragher explains.

Significant discussions have arisen surrounding the importance of archival fashion and what this moment means for conservation. Mostly it is a concern that Kardashian, as a cultural tastemaker with widespread influence, will encourage other celebrities to follow her dress code and seek out historical clothing. London-based stylist Bethan Dadson believes: “this will influence for more archival fashion to be worn, but I don’t think it’s the right direction to go in, if the person is deceased. There is absolutely no gain from it, other than controversial articles about that celebrity. I think we need to be more careful and more respectful when it comes to paying homage to Hollywood’s fallen celebrities.” Similarly, Sarturro expresses this is a concern amongst archivists: “The practice happened in the past up to the 1980s and was finally squashed when ICOM-Costume and the Costume Society of America issued resolutions stating that historic costume should not be worn because of the irreversible damage that occurs.” With ICOM releasing a statement directed at the situation, it is possible stylists and celebrities will take their authority into consideration moving forward.