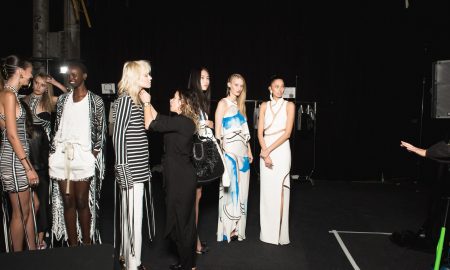 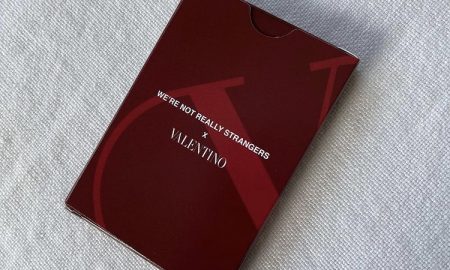 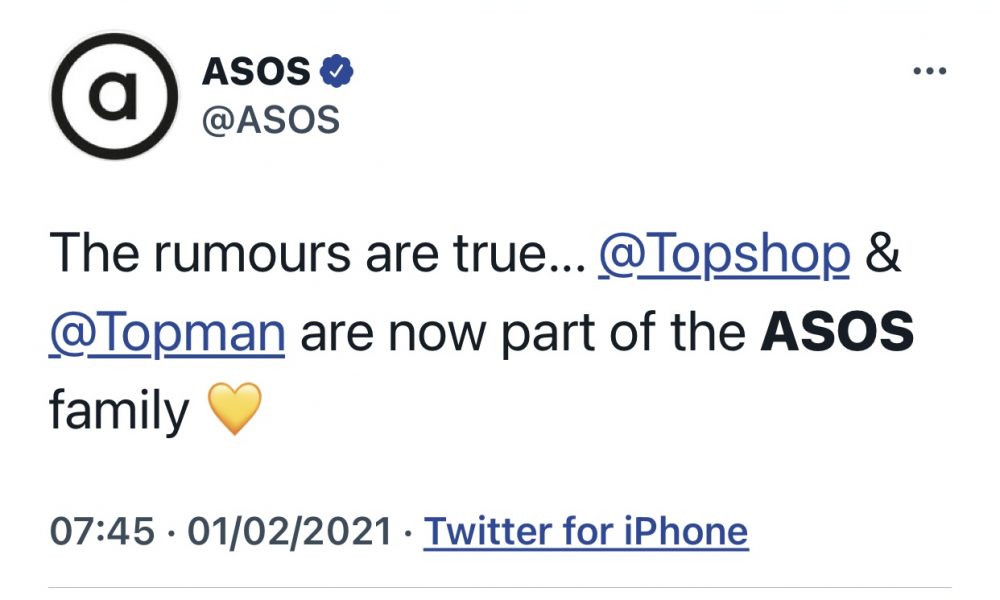 On Monday, Asos announced it was buying four Arcadia brands: Topshop, Topman, Miss Selfridge and HIIT. The news came as a shock for many Arcadia employees who found out the information through social media and the press before being informed by Arcadia’s administrators.

The deal was made by Asos for £295m and did not include Arcadia’s store portfolio for these brands. As Asos is an online retailer, only 300 staff members from Arcadia are expected to be kept on. This means 2,500 jobs are now at risk.

Arcadia announced its administration back in November leaving 13,000 jobs on the line. It’s expected 70 stores with 2,500 employees will close. The staff are now awaiting the news of redundancies, and it’s highly likely staff will be made unemployed within the next month.

Many Topshop, Topman, Miss Selfridge and HITT brands staff are angered after the news was announced online by Asos in a tweet stating, “The rumours are true…@Topshop & @Topman are now part of the ASOS family.”

One Twitter user responded, “A completely ill-timed and insensitive announcement, spare a thought for the thousands of staff who have woken up this morning to find out they are unemployed via the news…”

Another Topshop worker came to Twitter to announce her frustration by tweeting, “18yrs of service, to find out through social media that I have no job.”

18 yrs of service, to find out through social media that I have no job 🥴 https://t.co/kLb95OGiAQ

Arcadia’s administrators Deloitte are yet to comment the future for staff.